Each year, nearly 25,000 Americans visit the emergency room due to a workplace eye injury, most the result of small particle abrasions or chemical splashes. During WORKPLACE EYE WELLNESS MONTH, do your best to remind employers and workers about the importance of wearing proper eye protection. Offer to hold a first-aid clinic for safety managers at any local factories or construction sites. You’ll be doing good and raising your profile in the community.

1 SAVE YOUR VISION MONTH is another great opportunity to spread the word on the importance of regular, comprehensive eyecare. This year, the campaign focuses on educating both bosses and employees about how to avoid digital eye strain in the workplace. There are customizable press releases and social media posts that you can use in your promotional efforts at invmag.us/021701.

4“If you still persist in writing, ‘Good food at it’s best,’ you deserve to be struck by lightning, hacked up on the spot and buried in an unmarked grave.” So says Lynne Truss in her best seller, Eats, Shoots & Leaves: The Zero Tolerance Approach To Punctuation. In short, there are people who feel strongly about grammar, and that anyone who is careless with there writing … oops, their writing, will be careless with everything else… like the eyecare they provide. On National Grammar Day, go buy a copy of The Elements of Style, and be sure the grammar check is turned on in Word at all times.

6 Dentists, who are celebrated today (DENTIST’S DAY), and doctors (who get their recognition on Mar. 30) are great customers and even better referral sources. On these days reach out to both groups to express thanks with a card, phone call or flowers.

10 On the 155th ANNIVERSARY OF THE INTRODUCTION OF U.S. PAPER CURRENCY in the U.S. … dolla dolla bills y’all … stock up on crisp notes fresh from the bank and set your staff some sales goals: a premium add-on, any complete sale over $1,000, any frame over 18 months old … Give a “Washington” for trying, a “Jackson” for individual successes and a “Benji” for the trifecta.

20SPRING is in the air… so is a lot of pollen. For the next month or so, adopt a more flexible schedule and expect desperate calls from patients with “allergy eyes.” It doesn’t generally take long to treat, but you can score lots of gratitude from existing patients and maybe gain a few new ones too. Tie your marketing in with a contact lens promotion—like a 30-day trial—and you’ll be well on your way to making this a fertile season for your business.

30The CE program at VISION EXPO EAST kicks off at the Javits Center in New York today (the show floor opens tomorrow). If you’ve never taken part in these events, make this year different. In fact, INVISION is hosting a block of education on Sunday modeled after our popular Manager’s To-Do List. Sign up!

March 1 World Compliment Day. Go on, they are free to hand out.

March 4 Day Of Unplugging. The challenge: 24 hours without cellphone or Internet. Can you do it?

March 23 March Madness … Get that office pool ready and talk up your performance products.

March 27 Clutter Awareness Week: If you’re not currently working on it, it’s not a productivity tool or it doesn’t inspire you, banish it from your workspace today.

North Suburban Eye Specialists opened 30 years ago to provide general ophthalmology care to the Minneapolis suburbs. In 2004, Dr. Mark Lobanoff joined the practice bringing a new skill set and new focus. In 2006, North Suburban built its first LASIK center and this year, celebrate its 10th anniversary as well. Now one of the largest LASIK providers in Minnesota, the practice has a new motto, “We do LASIK right,” and to celebrate is giving back to the community by offering LASIK auctions to raise funds for local charities. 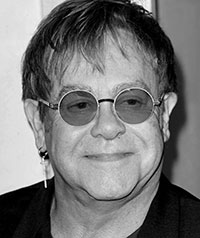 March 25, 1947 Few rock stars have pushed the boundaries of eyewear style as far as Elton John (windscreen wipers, honeycomb, Rocketman …). In 2010, he told BBC Radio, perhaps a little mischievously, that he owned a quarter of a million pairs. Oh to be Elton’s personal optometrist.

This article originally appeared in the February 2017 edition of INVISION.

Related Topics:CalendarINVISION February '17online promotion
click to Comment(Comment)
Up Next

This February, It’s Time to Purify Your Inventory