Trunk shows are a fantastic way to build buzz and put up big sales numbers in a short period of time. Drs. Theodore and Carrie Sees of Rockford Family Eye Care know this and have gone all in on their planned twice yearly shows. While their second of the year will always be their Annual “Sees Spa & Soiree” featuring Etnia Barcelona and Studio 3, the first one will feature a different theme and a rotating roster of brands. This year they gambled that customers would place their bets on an eyecare casino.

This article originally appeared in the July 2016 edition of INVISION.

THE IDEA: The Sees partnered with Morel and Menizzi this year to display their collections. The practice marketed the trunk show by pushing it at their local business expo event, putting ads in their local paper, calling current patients, highlighting it on their social media, and mailing out a small amount of flyers. 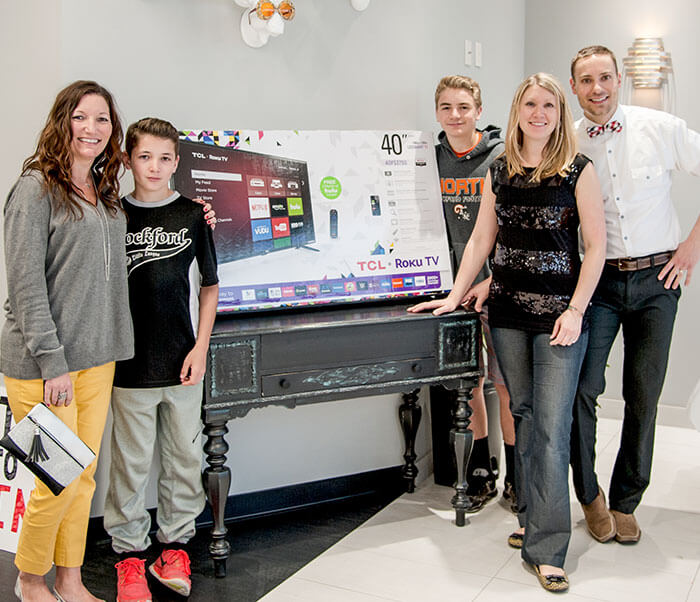 THE EXECUTION: The Sees hired a photographer to take pictures of patients in their new frames along with silly face props. They decorated the whole office in casino-themed decorations, and the entire staff dressed in casino-like attire. Guests enjoyed casino-themed finger foods created by a local chef and martinis throughout the night.

THE REWARDS: The purpose of the event was to build buzz and excitement for the year-and-a-half-old practice, and boy did they do that. Approximately 75 guests passed through over the course of the night and each was given a playing card (the first cards were all either a 10 or face card), as well $10 when they walked in the door. If they purchased a pair of frames, they got another card. If they got blackjack, they were awarded multiple different prizes including a free complete pair, a pair of glasses, a free pair of sunglasses, 20 percent off their purchase or a gift card to a local coffee shop. The Sees set up a roulette table where the patients or customers could gamble their $10. If they landed on black, they won another $5, for a total of $15 dollars off their purchase. If they landed on red, they lost $5. If they got green, they won an additional $40 (on top of the original $10) off of their purchase and all guests who attended, regardless of purchase, were entered into a drawing for a free 40-inch smart TV.

Do It Yourself: Throw Your Own Themed Trunk Show

➤ Find brand partners that are down for having a little fun. Though most, if not all brands love a trunk show, not all might want to participate in your chosen theme. Chose those that get it.

➤Bring attitude and confidence. You might look silly but if you’re confident, people will get involved, have a good time and tell all their friends about the coolest optometry office in town.

➤ Commit. From food, to costumes, to games. The point of a themed trunk show is to pick a theme and execute it 360 degrees.

➤ Partner with other local businesses to offer goodies and prizes. Free coffee and publicity for a local restaurateur was a great way to co-market and build brand awareness for all..

➤ Offer incentives or prizes other than discounts. Obviously, the idea is to sell frames at a trunk show but how exciting would it be to award a guest with a big ticket item at the end of the night?

➤ Have a goal. It doesn’t have to necessarily be about frames sold or profit made. Rockford is a newer practice and its only goal was to build buzz. Jackpot!

Related Topics:Best of the BestMarketing
click to Comment(Comment)
Up Next