(PRESS RELEASE) CARLSBAD, CA, — Throughout its history, Bollé has always been involved with the highest levels of sports, in cycling as well as skiing, sailing or running.

To always maintain the highest level of performance and quality that each discipline requires, the brand has kept on innovating to propose the most advanced technologies dedicated to each of its core sports creating helmets and sunglasses that are tailored to the needs of top-level sportsmen and women. The new Bollé team includes:

Matt Russell has been a professional triathlete since 2011 and is now one of the top American athletes at the Long Distance Ironman. He was the Division 1 New England Champion in the 3000m steeplechase and started his multisport career as a duathlete with a win at the 2008 ITU Duathlon National Championships. About the collaboration, Russell says: “I like that the brand proposes products for every discipline, running, cycling, casual… And Bollé is a company that keeps up with stylish trends as well as the needs of the athlete, so if, on top of being performant, we can look good while racing, I’ll take it!”

Morgan Pearson is a former Division I distance runner who transitioned to the sport of triathlon after being recruited by USA Triathlon. After completing only two seasons of ITU racing, Morgan reached the World Cup podium, both individually and for mixed relay, and he climbed to a worldwide ranking of 17th. Morgan trains in Boulder, Colorado and he is focused on qualifying for his first U.S. Olympic Triathlon Team. “I have one major goal to compete in the Tokyo Olympics” Pearson says. “I am still pretty new to the sport, but I do have the dream of being a top-ranked ITU triathlete in the world as well. It is great to be supported by a brand that proposes qualitative products for all disciplines”.

Former member of the USA Triathlon National Team and professional cyclist as well, Kelsey Withrow discovered triathlon in her senior year of high school. In her career, the athlete has won five global Ironman 70.3 races, an even more impressive record since she wasn’t expected to be able to race anymore after having suffered a big accident in 2014. She will now compete with her favorite racing combo, FURO MIPS™ helmet and SHIFTER sunglasses. “I choose to wear Bolle sunglasses and helmets because everything is very high quality and it is exactly my style in sport and in my lifestyle”.

Lesley Smith grew up participating in a variety of sports, and eventually was very successful in high school as a distance runner. She then competed with the track and cross-country team at the University of Missouri. She finally turned to triathlon racing and has achieved an impressive number of 17 podium finishes during the last six seasons. She made her 140.6 distance debut in the fall of 2017, and qualified for the Ironman World Championship in Hawaii both in 2018 and 2019. The triathlete has a long history with Bollé products: “I have used Bollé products since 2016 and the company produces quality products, she says. In addition to liking the look of the products, I have found them to be durable and I like the various sunglasses lenses.”

The new recruits of the Bollé athletes’ team will be equipped with the brand’s latest innovative products.

On the helmet side, the triathletes will be equipped with FURO MIPS, Bollé’s pinnacle performance road-cycling helmet. Aerodynamic development, ventilation design, and air-flow testing inspired by the automotive industry has led to the creation of this high-end helmet. FURO’s design has a very strong personality and is easily recognizable with its two aerodynamic features: a NACA duct allowing increased airflow without additional drag, and a kamm tail providing a smaller wake that reduces the drag for better aerodynamic properties. For ultimate comfort and protection, FURO MIPS features a 360° integrated MIPS which add extra protection to the brain against angled impacts. 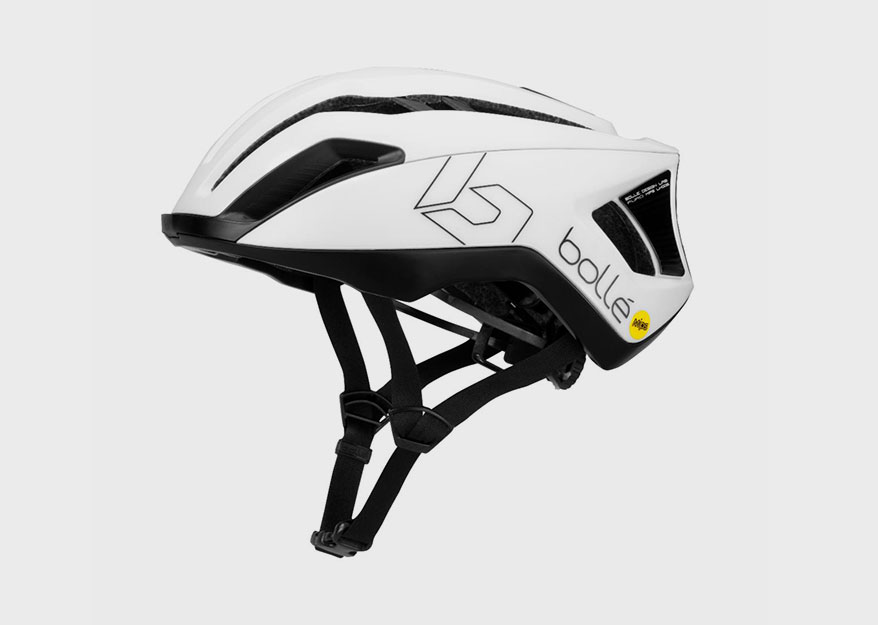 On the sunglasses side, they will be able to choose from the brand’s latest Performance models, Chronoshield, Lightshifter and Shifter. Lightweight, stable and durable, they benefit from the combination of the best of Bollé’s technologies which meet all the needs of the performance cyclist or runner.

The sunglasses are available with Phantom photochromic lenses, the latest and most advanced lens technology of the brand. Made of NXT offering a mix of exceptional optical clarity and impact resistance, Phantom lenses lighten and darken quickly, adapting automatically to the light conditions and providing the best vision at all times. In addition, the lens features an exceptional anti-fog, a hydrophobic treatment (so that water droplets roll off) and oleophobic treatment (to repel dirt), keeping the cyclist’s vision clear.

Related Topics:BolleLatest News Top
click to Comment(Comment)
Up Next

How Diverse, Inclusive and Welcoming is the Eyecare Industry?