1 An understanding of consequences is one of the things that distinguish children from adults. What to say then for grown-ups who buy their kids crossbows for Christmas? Roughly one in 10 children’s eye injuries ending in an ER visit are caused by toys. To support SAFE TOYS AND CELEBRATIONS MONTH, help the American Academy of Ophthalmology warn parents to take care when choosing holiday gifts for kids. And with another seasonal projectile that causes a lot of damage — champagne corks.

3 Seventy years ago today, Marlon Brando introduced himself to the wider world in the stage premiere of A Streetcar Named Desire. He also showed that a T-shirt is a pretty darn cool fashion statement. If you would like to add some Stanley Kowalski-style swagger to your wardrobe, sign up for the INVISION Brain Squad here (invmag.us/brainsquad). It’s the coolest free tee going around.

21 Winter arrives today and with it a chance to spread holiday cheer. We like the approach of Smoke Vision Care in Buchanan, MI, which holds an annual Snowman Making Contest and a bonfire on their front sidewalk to sell s’mores for their local Lion’s Club Sight Fund. “We call it S’mores for Sight,” say owners Drs. Brenda and Steven Smoke.

28 On GOOD RIDDANCE DAY, join the crowd at Times Square in spirit and say goodbye to whatever’s been bugging you from 2017. Write it down — a bad habit, the memory of a difficult employee — and toss it into the fireplace. Enjoy the release!

1 Today, on NEW YEAR’S DAY, Earth begins another orbit of the sun, during which it will travel some 583 million miles. You too are beginning a journey but the goal is to not find yourself in the same place in 365 days. When you list your resolutions this year, forget about the things you want to stop doing (smoking, eating bacon cheeseburgers, reading tabloid magazines) and fill your list with goals that will excite you and generate anticipation for the new year. Don’t worry about how you’re going to achieve them. 2018? Bring it on!

1 Also on NEW YEAR’S DAY, ECPs need no reminding of the harm glaucoma does. But despite it being the leading cause of irreversible blindness in the U.S., it seems the public does. Join the NEI’s National Eye Health Education Program and encourage people at risk for glaucoma to make a healthy vision resolution this New Year. Info cards, articles, and social media kits can be found at nei.nih.gov/nehep/gam/

24 On NATIONAL COMPLIMENT DAY, take your praise up a notch. Be precise, generous and cast a wide net. And don’t just save the kind words for your customers. Email a reporter and tell him you found his article helpful, call a vendor to say you appreciate his efforts, and tell a new salesperson you liked the way she handled a complaint. Praise is the best way to modify behavior — and it’s free and inexhaustible.

Eye Candy Delafield will turn 10 years old on Dec. 1! A regular in our pages, owner Paula Hornbeck says they will be celebrating in a big way. “We are having a Face à Face Trunk Show, champagne, giveaways and of course cake!!” 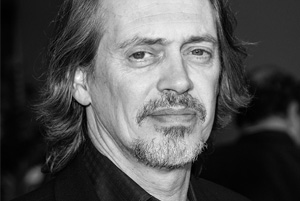 Dec 13 The stylized walk by the lead chvaracters in Reservoir Dogs in skinny black suits and Ray-Bans created one of the biggest fashion statements for men in the last 25 years. And at the center of it was an unlikely eyewear icon, Steve Buscemi (Mr. Pink). The New York native, who turns 60 this year, has movie credits dating back to the mid-’80s, often playing misfits, in part thanks to his large, sad eyes (he’s also the inspiration of a few Internet memes including “Buscemi eyes,” which he has argued (unconvincingly) “is not very funny.”

A Month for Role Models … and More November Events to Know