In 1993, Selima Salaun opened her first retail boutique in New York’s SoHo neighborhood. Five years later, she opened Bond 07 by Selima, where she holds one of the largest vintage archives and a wide range of eyewear brands. Her greatest source of inspiration has always been her daily interaction with her clients.

After 10 years in practice, Dr. David Moore launched a new concept; a boutique focused on independent lines. It’s known for customer immersion in the “CLEAR experience,” which includes touches like an arrival item (cappuccino, craft beer, etc.) and Thank You notes.

Dr. Reed Bro was the first in his family to become an optometrist. Part of a group practice for many years, he had a dream for a specific brand image; a practice where he gave a part of himself to every patient. To achieve this dream, he opened Eye Care Center of Colorado Springs in September 2001. He hired Dr. Sara Whitney in 2010 and in 2014 she became a co-owner. After almost 20 years in South Colorado Springs, this year the business moved into a historic building in the heart of downtown.

Dr. Cynthia Sayers opened EyeShop Optical in May 2011 after 10 years of practicing optometry in a commercial setting. After driving by her current location many, many times, she finally decided it was time to venture out on her own. Her goal was to be the opposite of all things clinical. She opened the doors offering appointments 6 days a week with just herself and one employee. Now 7 years later, she has added a part-time associate and five employees. 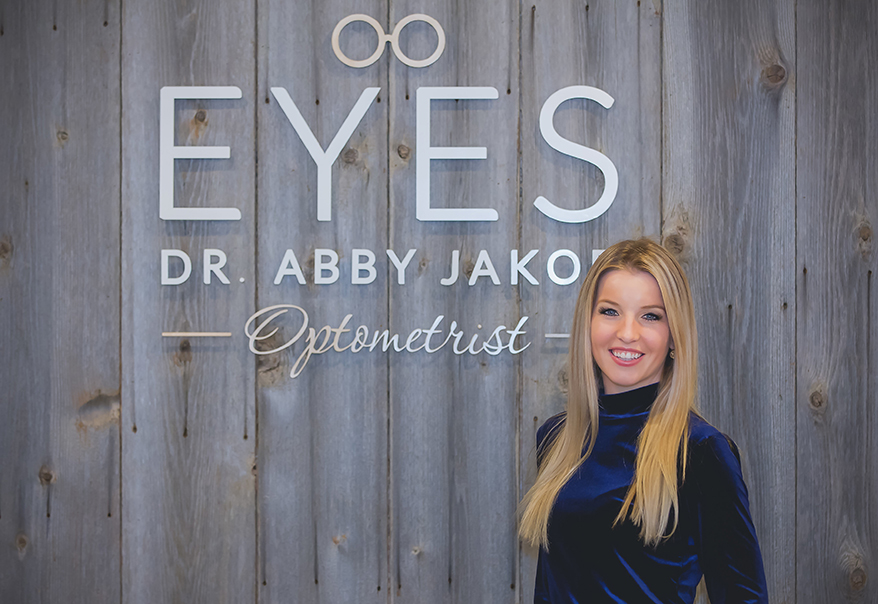 Located in Canada’s southernmost town, a small “boutiquey” place with lots of cute shops and restaurants, Dr. Abby Jakob wanted her one-year-old office to have that same character and charm. She bought the historic fire hall building and renovated it for a shabby chic look with a touch of rustic charm complete with a barnwood wall and sparkling crystal chandeliers.

Optical Connection was founded in 2002 by Armen Kanberian. Inspired by a need to give spectacle wearers more choices in a market tainted by mass-production, their store front has a unique set up that makes the whole experience easy for any client. They offer exceptional service, highly skilled artisans, superb quality products, an in-house lab and the same OD, Dr. Ruth Lipson, with over 30 years’ experience, since day one.

OPTIK! was established in 2016 by Anja and husband Edin Jakupovic. After Anja graduated from opticianry school, she set a goal to open her own shop by the age of 30. Mission accomplished! Located in the heart of downtown St. Petersburg, FL, the one-year-old store is attached to the city’s most desirable condominium high rise and carries the popular 300 Beach Drive address.

Dr. Courtney Rhodes opened Optique in the heart of downtown Austin in January 2009, relocated to a new, larger office in 2015, and opened a second location in 2016 designed by architect Burton Baldridge. She stocks exclusive, high quality eyewear and aims to provide the most outstanding eyecare and customer service for her patients. Optique has continually grown with three optometrists seeing patients six days a week and an in-house optical laboratory.

The practice started in 1981 in Milwaukee as a small two day a week office that was purchased from a retiring OD. After several expansions, the practice moved to the new stand-alone building in 2017 where each exam room is themed with a different full wall mural of a famous Milwaukee landmark. To encourage browsing in the optical showroom, owners Drs. Dave Ziegler and Chap Leffingwell emulated the Apple Store by having custom cherry communal tables built to allow people to roam on all sides.

This Orlando Couple Turned Their One-OD Practice into a Thriving Vision Health Center with a Chic, Hi-Tech Optical

Only Varilux® lenses are backed by the patented LiveOptics™ R&D process which tests our lenses on real wearers in real-life conditions to ensure sharper, seamless vision. With Varilux lenses, your patients may even forget they’re wearing glasses. But they’ll never forget it was you who recommended them.

Are You Effectively Connecting with Patients Before, During and After Their Office Visit?