She brings a decade of eyecare experience to the business publication. 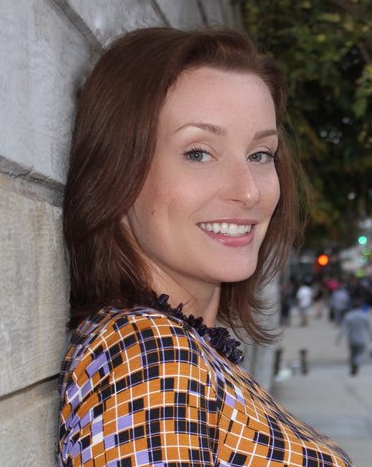 Carroll has spent the last decade with Jobson Healthcare Information, most recently serving as senior editor for Vision Monday. Highlights of her career with Jobson include establishing the D.A.R.E. Awards, a contest honoring innovative eyecare retail practices, helping to launch the SightNation.com networking website, which connects more than 6,000 eyecare industry members, and being named among the Vision Monday 2014 Most Influential Women in Optical.

“We were extremely lucky to be able to be able to bring someone with Dee’s eyecare business knowledge and connections to work within our innovative publishing model,” said David Squires, group editorial director of SmartWork Media. “We think the combination of our approach and Dee’s talent and know-how is going to be a powerful one, and we couldn’t be more excited to see what INVISION turns into under her leadership.”

“I could not be more thrilled to take over the reins at INVISION,” added Carroll, who will be working out of SmartWork Media’s New York City office. “Julie has done a fantastic job to date and though she leaves big shoes to fill, I am confident my years of experience and the strength of my relationships will be invaluable as I help usher INVISION into its next chapter. I am excited to put my stamp on the magazine and help it continue its exceptional success.”

Carroll replaces outgoing editor-in-chief Julie Fanselow, who steps down after two productive years in which INVISION built an enthusiastic audience and won several of business publishing’s most coveted awards (see a full awards list) — including a Folio Eddie Award for best single issue of a healthcare publication as well as being named one of three finalists for best single issue of a business publication in its revenue category in American Business Media’s Neal Awards.

"It’s been a lot of fun to help launch a how-to business magazine that’s truly beloved by its readers," said Fanselow, who will return to independent writing and editing, as well as mentoring young journalists. "I know the magazine will be in great hands with Dee at its helm."