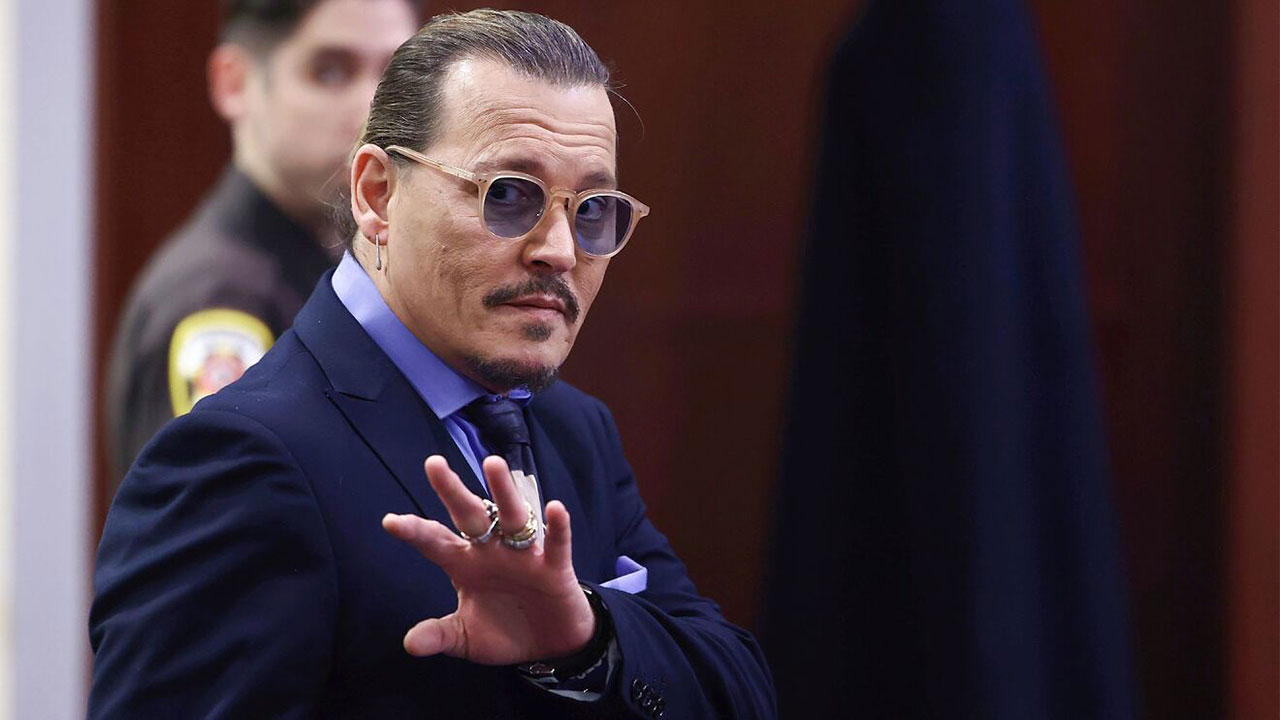 Actor Johnny Depp wore his limited-edition AM Eyewear Ava in Yellow Mellow frames more than a half dozen times during his 2022 defamation trial with ex-wife Amber Heard. AM Eyewear has fielded calls to bring back the style, but the company has refused to do so. Source: AM Eyewear

Say what you will about Americans, but we certainly love a compelling celebrity court trial. We get caught up in the spectacle. And, with the nation’s eyes glued, sometimes the publicity of these events spreads to individuals or products with no real connection other than time and place.

For example, what is the first thing that comes to mind when you see the words: White Ford Bronco?

It has been nearly 30 years since the O.J. Simpson trial. Yet, it remains a cultural touchstone. The publicity produced by that police chase in 1993 and Simpson’s ensuing trial no doubt played a role in the increased sales of Ford Broncos the next year.

As they say, there’s no such thing as bad publicity, right?

Well, we just witnessed the latest company to get a bump from a celebrity trial: Australia’s AM Eyewear.

The recent defamation trial between Johnny Depp and his ex-wife Amber Heard captivated the nation for six weeks this spring. The former power couple aired their personal laundry, sometimes in rather graphic detail. Each testified about abuse – both physical and mental – at the hands of the other.

Social media was abuzz over this star-powered #metoo moment. The major networks all paid the trial heed. Most everyone formed an opinion and/or declared an allegiance for either #TeamDepp or #TeamAmberHeard. (Those on social certainly were partial to Depp.)

AM Eyewear’s limited edition frame: The Eva in Yellow Mellow. Actor Johnny Depp purchased the frame when it was originally released in 2014. Courtesy: AM Eyewear

As the trial dragged on, people paid increasing attention to the ancillary details, such as what Depp and Heard wore on a given day or changes in their demeanor.

It wasn’t long before one item stood out: Depp’s limited-edition frames from AM Eyewear, The Ava in Yellow Mellow. He wore them on more than a half-dozen occasions during the final weeks of the trial.

Depp most likely purchased these glasses eight years ago while filming in Australia. The style has been out of production for years.

But since the trial, AM Eyewear has seen a surge in interest in the style. So much, in fact, that the company even contemplated bringing it back. Such a move seemingly would run counter to the term “limited.”

AM Eyewear founder Simon (Kumar) Ponnusamy acknowledged as much. He recently confirmed his company has no intention of bringing back the “Johnny Depp frame,” despite the pressure to do so.

“People in fashion circles treat our limited-edition colors like sneaker collectors treat limited-edition sneakers,” Ponnusamy said. “We have people emailing us to find out the day they’ll go on sale, and they collect them.”

So, the only way to buy a pair of Depp’s trial frames remains through the secondary market. (The company noted that a seller on eBay was offering The Ava in Yellow Mellow for $2,000 AUD, which is a little more than $1,400 USD.)

However, AM Eyewear plans to reproduce the same-color frame in a limited-edition version of a new style. The company pledges to give the proceeds to a domestic violence charity.

As for the Depp-Heard trial, a seven-person jury comprised of five men and two women awarded damages to both parties. Depp came away with the far greater amount, though. He was awarded $15 million, while Heard was awarded $2 million in her defamation countersuit.

Celebrities Johnny Depp and Amber Heard in 2014 wearing AM Eyewear frames during presumably happier times. The much-publicized defamation trial between the former couple ended with each being awarded damages.
Courtesy: AM Eyewear

Depp is claiming total vindication. This, despite the fact that a judge in the UK a few months prior ruled against Depp in a libel case. That case was between Depp and a British tabloid, and it included much of the same testimony. For her part, Heard said she plans to appeal the U.S. jury’s ruling, so this sordid affair may not be over.

And, just maybe, AM Eyewear’s The Ava in Yellow Mellow will be thrust into the spotlight once again.