The technology will be carried on Northrop Grumman’s 14th Commercial Resupply Services Mission for NASA (NG-14). Scheduled to launch on Sept. 30 at 2:26 UTC (10:26 p.m. ET), NG-14 is the first of a series of NASA flights to the ISS in low-Earth orbit focused on developing the on-orbit production of LambdaVision’s artificial retina. 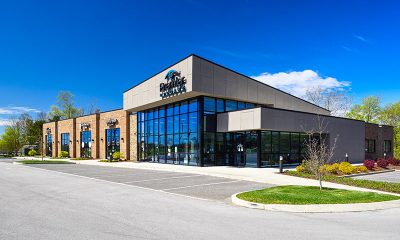 LambdaVision’s research on the ISS focuses on exploring the benefits of microgravity for producing its artificial retina and expands on research being conducted on Earth and previous efforts on the ISS. Funding for this research effort was made possible by two awards from NASA that “underscore the technology readiness and commercial potential of the product, while supporting NASA’s strategic plan to leverage microgravity for a broad range of biomedical and technology applications,” according to a press release from LambdaVision.

“As we continue to grow the low-Earth orbit economy, missions such as this lend great insight into the potential uses of microgravity,” said Space Tango CEO and co-founder Twyman Clements. “Space Tango is excited for our continued partnership with LambdaVision as we develop innovative production methods in space to support their novel approach to restoring meaningful vision to patients with advanced retinal degenerative diseases.”

The first study materials for this series of missions will launch from Wallops Island, VA, on Northrop Grumman’s Antares rocket and Cygnus capsule and will remain inside the ISS National Laboratory for approximately three months. LambdaVision will utilize this mission to further study the light-activated protein, bacteriorhodopsin, in a microgravity environment. This work will allow LambdaVision to evaluate the effects of microgravity on protein function and stability, which is critical for the quality and performance of the artificial retina. The outcomes of this experiment will provide a foundation for future ISS-based production trials. The company also continues to refine and evaluate the production process for the protein-based artificial retina in its laboratories on Earth.

“Partnering with NASA and Space Tango continues to be an important catalyst towards addressing the production requirements associated with our artificial retina technology. Their support and resources offer a unique environment that allows us to generate high-quality artificial retinas that have the potential to restore visual acuity for blind patients,” said Jordan Greco, chief scientific officer, LambdaVision. “While our focus at this time is fully on our ability to restore meaningful sight to patients with retinitis pigmentosa (RP) and age-related macular degeneration (AMD), we are continually bolstered by the great potential of LEO for broader implications across industries.”

Over the next three years, the LambdaVision-Space Tango partnership will serve to evaluate and improve on-orbit production processes, and to produce artificial retinas that will then be evaluated on Earth, according to the release. Once validated, this process could also provide the foundation for products in a range of industries that could be manufactured in space with potential clinical benefit to patients on Earth. To enable this effort, earlier this year, LambdaVision received from NASA a Small Business Innovation Research Phase II award worth $750,000 over two years. In addition, the company and its partner, Space Tango, have also received a $5 million NASA Commercialization Award for this continued work on the ISS.

By using proteins similar to the visual pigment, rhodopsin, that is naturally found in our eyes, LambdaVision’s protein-based artificial retina naturally mimics the light-absorbing properties of human photoreceptors and is capable of activating the degenerative retinas of blind patients. The implantable technology is produced through a layer-by-layer manufacturing process that ensures the artificial retina is dense enough to absorb appropriate amounts of light.

Exploring production of the artificial retina for a rare disease before moving to diseases that affect a significantly larger portion of the population, such as AMD, provides several strategic advantages toward the creation of a new low-Earth orbit biomedical sector, according to the release. These include more manageable production volumes required to supply clinical trials, and a stepwise transition to commercial production volumes and scale required for future applications reaching a larger patient population. Upon finalization of optimal production processes, and pre-clinical studies, LambdaVision intends to initiate clinical trials for the treatment of advanced RP.

Related Topics:LambdaVisionLatest News Top
click to Comment(Comment)
Up Next

A Special Guest for a Special Gratitude Edition of Sanity Files