FOR THE MAN WHO DOES IT ALL

➤ He’s a musician, film director and Oscar-winning actor. He even took his own picture you see here, and now Jared Leto is the face of the 2016 campaign from Carrera. The Mavericks line debuting this month pays tribute to men like Leto (who is wearing model 113S ), and to Carrera’s 60th anniversary, for which Leto will recruit and direct fellow free spirits in a creative video project. (Tip: Check out the band documentary Artifact, which he made under a fake name. It’s good.) safilo.com

This article originally appeared in the March 2016 edition of INVISION.

➤ SUN 119 from ONESUN is a cool cat in a blue and brown fade with a retro shape, perfect for hitting the Blue Note in New York — day or night. Also available in gray/brown. planbeyewear.com

➤ Capturing the fluid beauty of the flowers that inspire it, Clématis from KOALI has random ripples of color in a translucent acetate base. Available in 11 colors including sea green. morel-france.com 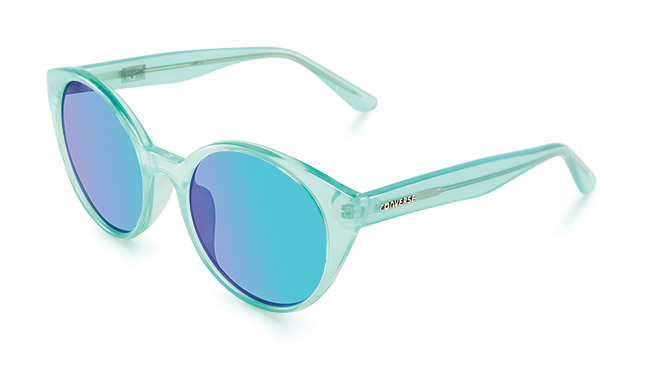 ➤ Whether you’re spring breaking in Daytona Beach, Vegas, Miami or Cancun, be sure to pack model B019 from CONVERSE. Shown in turquoise with blue mirror; also available in matte black with gold mirror and salmon with orange mirror. Matching Chuck Taylors not included. remeyewear.com

SNAKES ON A FRAME

➤ For those special spring events, make a slinky statement in style RC0959 from ROBERTO CAVALLI. Yes, those are Swarovski crystals on the temples. Available in three colors.
marcolin.com.