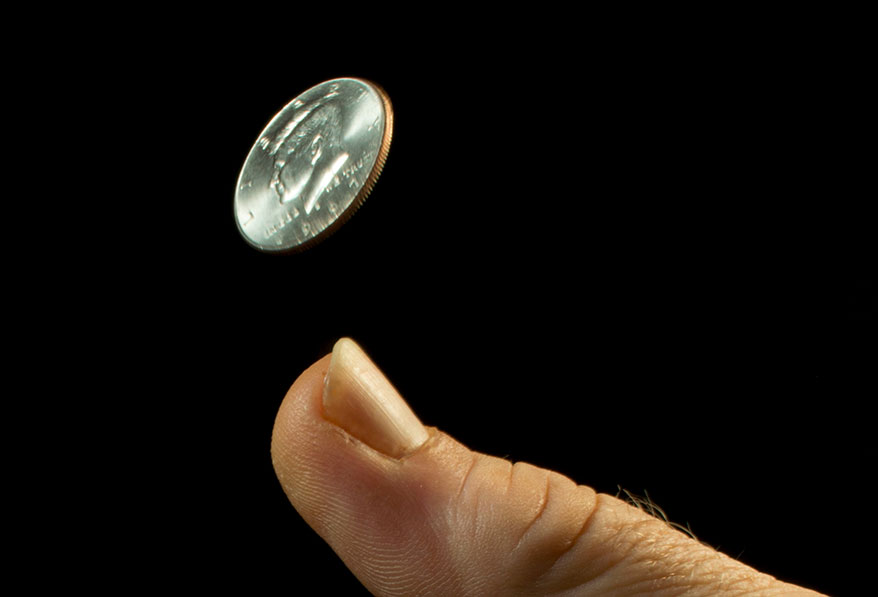 I have two good candidates for the position of office manager, but I can’t decide between them. Can you suggest a tie-breaker?

Toss a coin and let fate be your arbiter. If they’re both equally appealing candidates and you can’t reduce the uncertainty by doing further research or interviews or trial runs, then your decision doesn’t much matter. That likely sounds like rash advice, but this paralysis you’re experiencing has a name: Fredkin’s Paradox. The computer scientist Edward Fredkin summed it up as, “The more equally attractive two alternatives seem, the harder it can be to choose between them — no matter that, to the same degree, the choice can only matter less.” To be sure, it will probably turn out to have mattered in hindsight, but by then it’ll be too late. Given that you’re unable to know how things will turn out, overthinking this one — or any similar tough choice — is futile.

How do you share the chores among staff fairly and in a way that is easy to enforce?

Store consultant David Geller feels he knows well the issues you’re facing. “Typically, we as store owners, when something isn’t done, pick our favorite person who is always willing to help to do what others should have done,” he says. “It’s not fair.” To create a system that IS fair, he suggests breaking your staff into groups and rotating the responsibilities. “Put some easy chores with some bad ones like vacuuming and cleaning the bathroom,” he says. The people whose names are under the different groups of chores (see table) do them for only one week, and then they move onto the next group of tasks. This shares around the bad and light chores and also makes it easy for the store owner to raise the issue when a job needs doing. “After doing this, I no longer need to complain to a person, I complain to a group,” Geller says.

Tell me, how do I lift my store out of the rut of mediocrity?

It’s said the toughest test of a manager is how they address lackluster performance. The reason is because it’s not so much about issuing dictates and drawing up policy as it is about fostering a culture that accepts nothing but excellence. Indeed, according to work by Brigham Young business school on high-performing teams, peers manage the bulk of the heavy lifting when it comes to maintaining standards. Counterintuitively, it is in mediocre teams that bosses must enforce standards and are the source of accountability. But how to get to that almost mythical land of self-enforced high standards? Joseph Grenny, a social scientist and author of Crucial Accountability, gives four leadership practices that can help: Start by showing the consequences of mediocrity, to connect people with the experiences, feelings, and impact of bad performance. Set clear goals and explain why they are important. “Use concrete measures to make poor performance painfully apparent,” says Grenny. Establish peer accountability so that people feel comfortable challenging one another when they see mediocrity. And be quick to defend the high standards. A chronic poor performer is an impediment to your goals. How you handle this situation will let your team know whether your highest value is keeping the peace or pursuing performance. “When you ask a group to step up to high performance, you are inviting them to a place of stress — one where they must stretch…where interpersonal conflicts must be addressed,” says Grenny. “If you shrink from or delay in addressing this issue … you send a message to everyone else about your values.”