(PRESS RELEASE) NEW YORK — In celebration of International Volunteer Day on Dec. 5, Lighthouse Guild announced the naming of the Stephen T. Pearlman Volunteer Center in recognition of one of its most committed and dedicated volunteers.

Lighthouse Guild was founded over 100 years ago by volunteers who envisioned a brighter future for people who are blind or visually impaired, and Stephen T. Pearlman carried that vision into the 21st century. He began volunteering as a teenager, then returned as an adult and served as a volunteer at Lighthouse Guild for 27 years, until his death in November, at age 77. He was a longtime resident of the Upper Eastside of Manhattan. 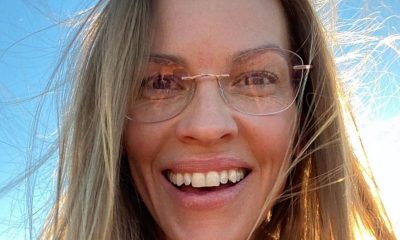 “When Lighthouse Guild organized a major tandem bike event, Mr. Pearlman was part of the core team strategizing, creating, and then participating in the event as a sighted guide raising awareness, funds and telling the stories of how people with vision impairment can accomplish anything, even riding a bike,” says Cheryl Pemberton-Graves, chief volunteer officer at Lighthouse Guild. “His devotion to our mission and dedication to our clients was unparalleled.”

Mr. Pearlman was the lead in screening prospective new volunteers, he served as a reader for people with visual impairment, and he assisted with all Lighthouse Guild special events, including fundraisers and awards programs. His efforts and personal contributions enabled Lighthouse Guild to provide hundreds of gifts to the communities it serves.

Upon learning the Lighthouse Guild Volunteer Center would be renamed in his honor, Mr. Pearlman said in a letter, “The organization has played a very important role in my life, and I am grateful to have had the opportunity to be part of the organization. I cherish the friendships that were cultivated over the years with both staff and clients.”

The Volunteer Resources Department at Lighthouse Guild includes a wide range of service opportunities such as direct service opportunities including reading for people with vision impairment, creative projects, administrative support and mobility support at special events. Lighthouse Guild volunteers contribute more than 52,000 hours of service annually and are critical to the organization’s work to help people who are visually impaired attain their goals.