PERHAPS NO FIGURES convey the historic scale of the economic damage being wrought by the coronavirus pandemic on the U.S. economy as starkly as those relating to employment, with the number of people who have filed for unemployment approaching 30 million. Even a White House adviser has warned the public to brace for Great Depression-like figures of 16-20 percent unemployment by June (up from 3.5 percent in February). 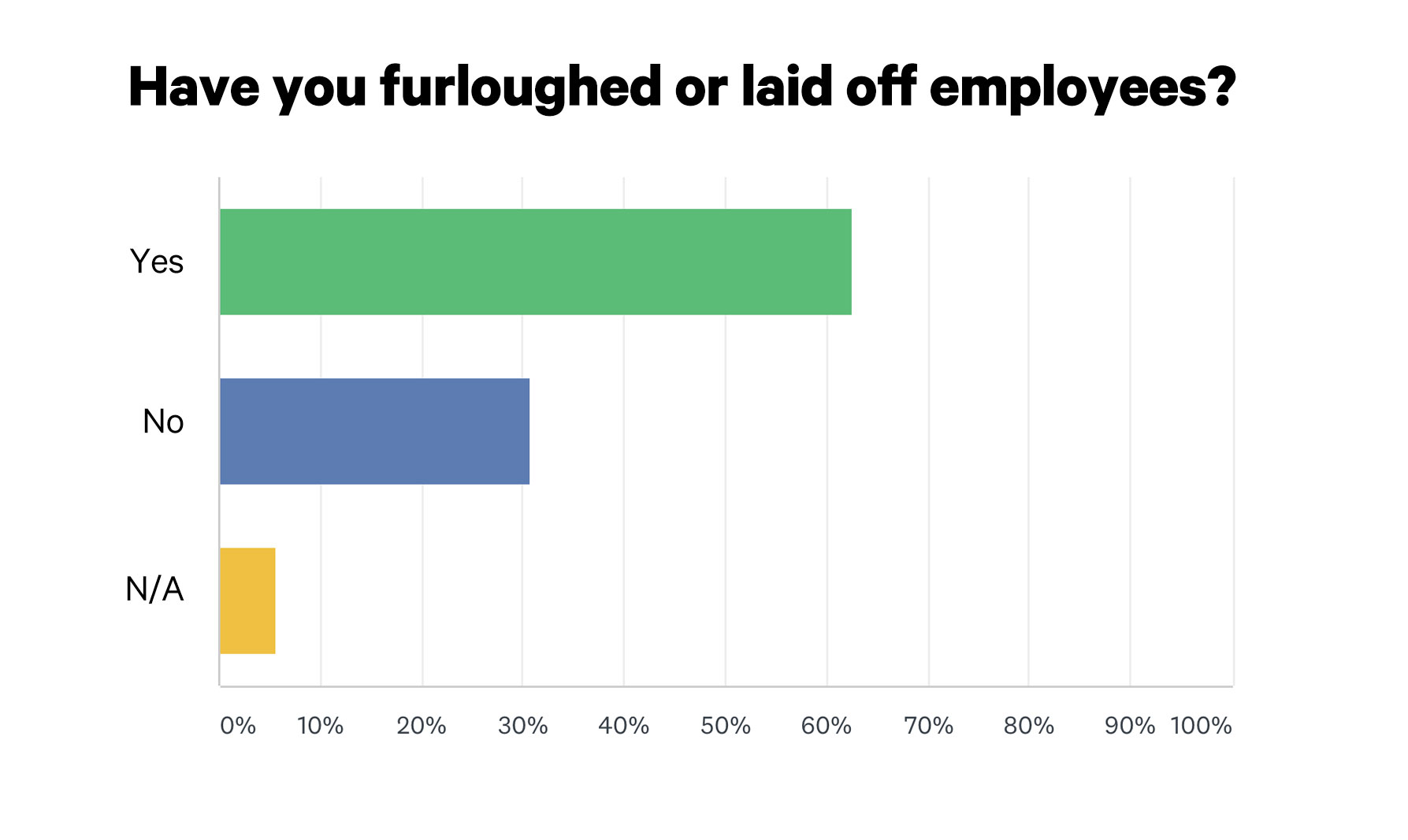 The numbers in part two of INVISION’s COVID-19 Impact Survey offer little if any solace on this front. Sixty-three percent of respondents said they had furloughed or laid off employees since the crisis began, with only 31 percent responding in the negative (the remainder mostly don’t have staff). This special INVISION Brain Squad survey was responded to by 89 owners and top managers in eyecare businesses based in the United States and Canada.

A minority who managed to successfully negotiate the red tape were able to avail of the Paycheck Protection Program. Some respondents told us their employees were currently at home collecting some form of unemployment benefit; others were coming up with creative ideas like switching employees’ status to an independent labor contract.

Vividly capturing the uncertainty and the type of constantly evolving response ECPs are being forced to come up with is this account from Jan Heller at Pend Oreille Vision Care in Sandpoint, ID: “Initially, we furloughed everyone for a month as we moved to urgent/emergent care only as our state imposed stay-at-home orders. It was proactive as we watched our income tank, due to the decrease in volume and income. To supplement our employees’ UI checks, we did our best to call each person in for one or two days of work per week, capped at 15 hours per week. Then, we managed to secure one of those elusive PPP loans. So, effective tomorrow, we have hired everyone back, and we are about to start tackling all the lists of back projects for as long as the loan lasts. When it ends, if life is still weird, we may have to return to plan A and re-furlough everyone.”

The sheer determination of some owners to keep valued employees on the payroll was summed up in this comment from Dr. Tex Smith at Dr. Texas L. Smith & Associates in Citrus Heights, CA. “They are sheltering at home and I am paying them their regular salaries. My staff has been with me over 45 years, so I can’t put them on furlough or unemployment.”

In addition to the lack of support staff, the need to implement safe practices has clearly influenced the services that optical and optometric practices are still able to provide. More than half of respondents (about 57 percent) said they were providing curbside pickup, making it the most frequently cited service. This was followed by home delivery (48 percent) and by-appointment services (43 percent). About 36 percent of respondents told us their stores were open to traffic with social distancing protocols applied, and some 12 percent were doing business via e-commerce channels.

A full 10 percent said their business was completely shut down.

ECP Biz Owners Struggle to Make Productive Use of Downtime

86% of ECPs Applied for COVID-19 Financial Aid; Only 23% So Far Have Received It