Novartis has acquired Vedere Bio, a company focused on cell and gene therapies for eye diseases.

The technologies acquired include light-sensing proteins that can be delivered to cells in the retina and unique, adeno-associated virus (AAV) delivery vectors that enable treatment via intravitreal injection. The assets “have the potential to vastly expand the number of patients who could be treated for vision loss due to photoreceptor death, including all inherited retinal dystrophies,” Novartis said in a press release. 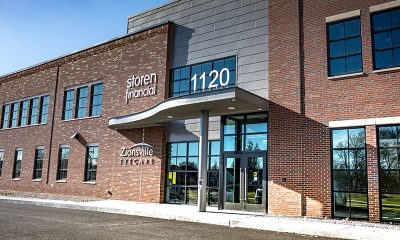 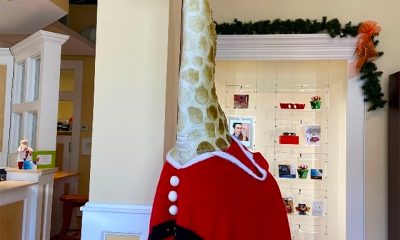 “The next frontier in ophthalmology involves finding ways to bring potentially transformative gene therapies to a broader patient population,” said Jay Bradner, president of the Novartis Institutes for BioMedical Research. “The acquisition of Vedere Bio reflects our commitment to next-generation gene therapy and brings hope to patients with otherwise untreatable forms of vision loss.”

“We believe that gene therapy technologies have transformative potential for treating blinding diseases,” said Cynthia Grosskreutz, global head of ophthalmology at the Novartis Institutes for BioMedical Research. “With the new tools that this acquisition brings to the table, we will no longer be limited to replacing single genetic mutations that are causing eye diseases. This introduces the potential to treat any patient with retinal degeneration leading to photoreceptor death.”

Inherited retinal dystrophies (IRDs) include a wide range of genetic retinal disorders marked by the loss of photoreceptor cells and progressive vision loss. The conditions, which impact more than 2 million people globally, often result in complete blindness. But existing treatments target only one of the more than 250 genes that can cause IRDs, limiting the population of patients who can benefit, Novartis stated.

The optogenetics approach acquired from Vedere Bio acts directly on surviving cells in the retina, altering their behavior and making it possible for anyone suffering from vision loss due to photoreceptor cell death to potentially benefit, according to the release. This approach also holds promise for treating other conditions that involve photoreceptor loss, including a “dry form” of age-related macular degeneration (AMD) called geographic atrophy, which affects more than 5 million people globally.

The acquired optogenetics technology is based on technology from the labs of Vedere’s scientific founders, Drs. Ehud Isacoff and John G. Flannery of UC Berkeley, as well as technology directed at enhanced ocular gene therapy delivery arising jointly from UC Berkeley and the School of Veterinary Medicine at the University of Pennsylvania. It is designed to work by delivering naturally occurring, light-sensing proteins to specific retinal cells, stimulating the targeted cells to sense and transmit information to the visual processing centers in the brain. This method bypasses photoreceptor cells that may have died in retinal degeneration. Additionally, the novel AAV capsids acquired in the deal allow the optogenetic therapies to be injected intravitreally into the eye. This could potentially be administered by an ophthalmologist in the clinic.

Vedere developed the assets with the support of the investor syndicate of Atlas Venture, Mission BioCapital and Foundation Fighting Blindness (RD Fund).

Advertisement
Related Topics:Latest News TopNovartis
click to Comment(Comment)
Up Next

What Does It Actually Means To Be An Optician? One Long-Time ECP Weighs In