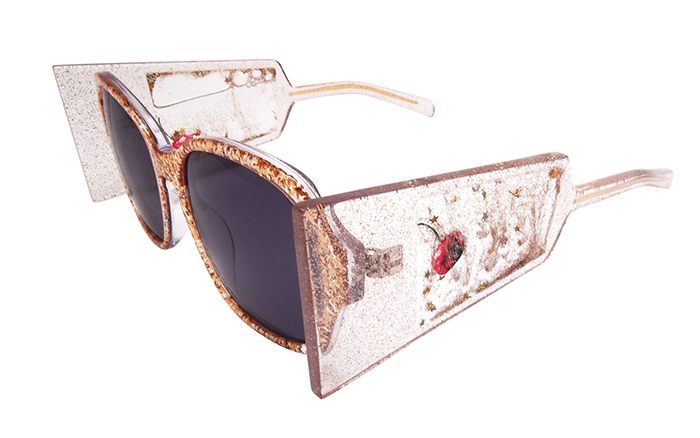 Two frames have been created in commemoration of the anniversary: Champagne Cherry and HDA Safari. Champagne Cherry – inspired by the namesake drink that serves as a symbol of celebration – gives the appearance of champagne inside a glass, and includes little stars and a cherry within the acetate. HDA Safari features a snake pattern and wording on the frame temples marking the anniversary’s occasion, as well as sparkling 3-D crystals included in the acetate material.

HDA technology was developed by Okia to create patterns on acetate sheets and allow for a wide range of specific colors, gradients and patterns to be combined within one frame.