(Press Release)
DALLAS, TX – The Optical Women’s Association (OWA) will be honoring Sue Downes, CEO of MyEyeDr., as the recipient of the 2016 Pleiades Award, and Ann E. Englert, owner and sole proprietor of Solutions, as the Pyxis award honoree at two special events in New York during Vision Expo East – the OWA Champagne Breakfast and the OWA Star Award Ceremony.

The OWA Champagne Breakfast will be held on Thursday, April 14 from 7:30 a.m. to 9 a.m. at The Westin New York at Times Square. In addition to presentations by both award honorees on the value of mentoring and volunteering, the event will feature Sherianne James, Transitions Optical, in an interactive question-and-answer conversation with Jobson editor Christie Walker.

“The Thursday morning Champagne Breakfast will give OWA members and the optical industry the opportunity to learn more about our honorees, Sue and Ann, as we raise a glass of champagne in their honor. At the breakfast event we will also glean insights from an intimate conversation with Sherianne James of Transitions Optical,” says Heather Smith, OWA president.

Seating will be limited and reservations are required. The cost for the event is $55 per person or $550 for a table of 10. The event is sponsored by the OWA and OWA Platinum Sponsor, Luxottica. Reserve online at www.opticalwomen.com by Friday, March 25.

Both the Pleiades and Pyxis awards will be given at an exclusive invitation-only OWA Star Award Ceremony event hosted by the OWA and OWA Platinum Sponsor, Marchon, at the One World Observatory at One World Trade Center. This event celebrating the honorees takes place on Saturday, April 16. Only guests who have RSVP’d to the specially sent invitations will be admitted, as space is limited. To request an invitation, send an email to [email protected] Requests will be filled as space allows.

The below biographies of the honorees were provided by the OWA:

Sue Downes, CEO of MyEyeDr., is driven today by the same goal that inspired her to co-found the company 14 years ago – a belief that patients should receive the finest vision care from their local independent optometrist. Starting with one office in 2001, she led the growth of the MyEyeDr. brand to over 200 locations across the mid-Atlantic and southeast United States. Downes served on the advisory board for the Colombia Lighthouse for the Blind & Visually Impaired, was selected as a Vision Monday 2011 Most Influential Women in Optical, awarded the Smart CEO award for Entrepreneurial Spirit, and presented with the 2015 ACG Corporate Growth Award. Downes lives in northern Virginia with her husband, PJ, and has no plans to “slow down…ever.” While awards are appreciated, according to Downes, her proudest accomplishment is raising her two sons. The Pleiades award is named after the Pleiades constellation, which is also known as the "Seven Sisters." Together these seven stars create one of the brightest visible clusters in the northern hemisphere. Pleiades award honorees, like the shining stars in the constellation, are shining examples of women in leadership, working together to create companies and organizations that are bigger and brighter than the sum of their individual efforts.

Pyxis honoree, Ann E. Englert is the owner and sole proprietor of Solutions, a concierge-style business dedicated to working with wholesalers, retailers and ECPs in the eyewear industry. Englert was selected as one of Vision Monday’s Most Influential Women in Optical in 2013. An active OWA member since 2001, Englert has served on the board and chaired multiple committees, including OWA president. Englert resides in Naples, Florida with her husband, Tom and enjoys sunny outdoor activities. The Pyxis constellation in the southern sky is known as "The Compass" and like a compass the Pyxis Award honoree helps guide the organization by her leadership and example. 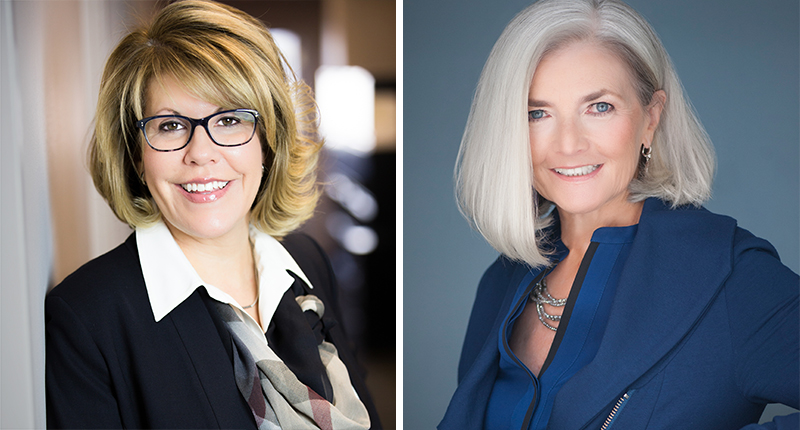 Luxottica Brings Its Global Digital Revolution in Eyewear to India

No Qualified Opticians? No Problem. This Oregon Optical Owner Took Matters Into His Own Hands