ST. LOUIS — The American Optometric Association has canceled the in-person portion of Optometry’s Meeting 2020, with key elements to be reconfigured virtually.

Optometry’s Meeting, the annual meeting of both the AOA and American Optometric Student Association, was originally scheduled for June 24-28 in National Harbor, MD/Washington, DC, but global spread of the new coronavirus has prompted the first-ever cancellation of the event. 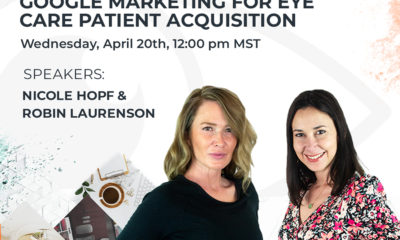 This decision is in keeping with AOA’s commitment to prioritize the health and safety of its members, students, staff, exhibitors and other Optometry’s Meeting attendees, said AOA President Barbara L. Horn and AOSA President-Elect Alex J. Bennett.

“This is the first time that Optometry’s Meeting has been canceled and while this is the right decision to make for everyone’s health, it is heartbreaking,” said AOA President Barbara L. Horn. “We want to thank everyone for their continued patience, support and partnership during these difficult, unprecedented times as we move through this united together.”

While the in-person schedule of events for Optometry’s Meeting is canceled, the AOA and AOSA recognize the importance of several key elements of the annual meeting that will be reconfigured, including a virtual experience for members to continue their professional development. Although details are still in flux, select changes to these key elements include:

The AOA will confirm dates and times on these new elements as they’re finalized. The AOA recognizes this decision creates many questions for attendees and partners, but more information will become available at optometrysmeeting.org and questions can be directed to [email protected].

Although Optometry’s Meeting 2020 is the first instance of the AOA’s annual meeting being canceled, it’s not the first time world events have impacted the meeting. In 1945, AOA convened “a strictly wartime meeting of the House of Delegates” in Cincinnati, Ohio, June 24-27, to comply with AOA’s constitution and bylaws. Toward the conclusion of World War II, the now-defunct U.S. Office of Defense Transportation limited attendance to AOA’s Congress, permitting only “forty-nine delegates or persons in any way connected with the AOA to come from outside the immediate Cincinnati area,” per AOA’s journal. Memorably, those delegates in attendance arranged their tables in a “V for Victory” shape as V-E Day was only a month earlier.

The AOA will provide additional details on the rescheduling of this year’s AOA House of Delegates at the earliest convenience.

Related Topics:AOACOVID-19Latest News Toptrade shows
click to Comment(Comment)
Up Next

Marcolin USA Furloughs Some Employees, Reduces Workweek for Others