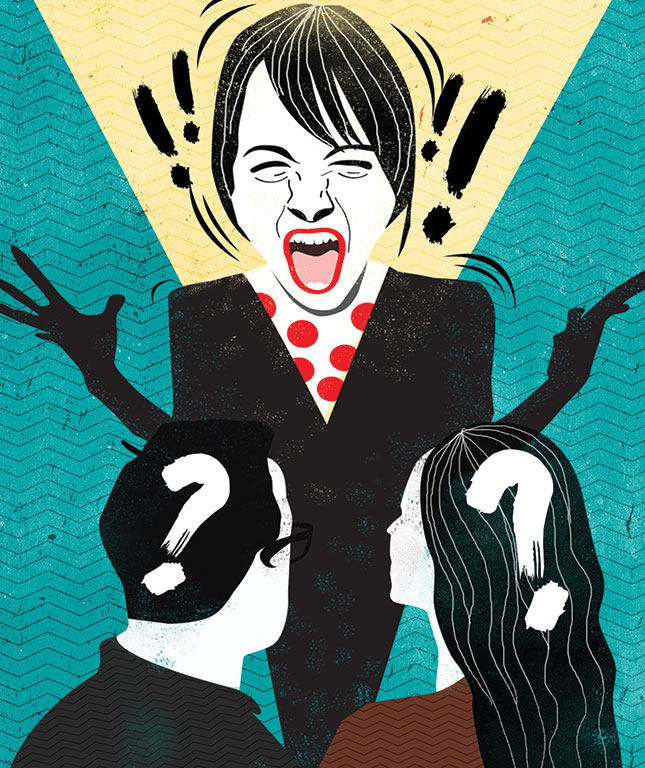 Ben Brown, owner of Elite Eyewear, listened with interest as Kate, his lead stylist, explained her idea. “We keep running into the same problems and never really have the chance to sit down to sort things out,” she said. “Lots of other businesses have regular weekly meetings where they talk about how they work and share ideas.”

This made perfect sense to Ben. The business had an ever-growing list of ways it needed to improve. Telephone messages weren’t being passed on, no one seemed to be able to handle complaints without speaking to him, and neither Tim nor Penny could comfortably explain why some lenses cost more — and performed better — than others.

Ben had read several recent articles about the importance of regular team meetings. He knew Kate was right. But he couldn’t afford to close the shop for an hour each week and risk losing sales, and they couldn’t talk during business hours when customers were their top priority.

“We could meet for an hour before we open,” Kate suggested.

“Would the team go for that?” asked Ben.

“Well, that’s better than at the end of the day when everyone wants to go home,” Kate replied. “If we explain it well, I’m sure we can get everyone there.”

Ben paused. “But there’s no day when we have the whole team in together. Lynette and Stephanie have separate days off.”

“True,” Kate said. “We could meet on a different day every other week. We just need to make sure we catch up with whoever wasn’t there.”

Ben thought for a moment. Kate certainly seemed to have all the answers and he wanted to delegate more responsibility to her. “Let’s try this out,” he said. “How about we make it your project? Talk to the team and set a date next week. And draw up a list of things to talk about to get things rolling.”

Kate was delighted. This was exactly the kind of opportunity she had been looking for to stretch herself. She set off to tell the team, starting with Lynette.

“First thing in the morning?” she frowned. “That will be a problem for me because I have to get the kids to school.” However, as Kate made a case for staff meetings, Lynette seemed to come around. “It sounds like a good idea, but I can’t be there for the start. How about I say that I’ll get there as early as I can?” Kate felt she had no option but to agree.

The response from Tim was quite different — and not one for which Kate was prepared. “So you’re telling me that I have to come into work an hour early once a week, that I won’t get paid for it … and someone won’t be there every other week because it’s her day off?” he questioned. “That’s not going to happen. It’s OK now and again if we have something new to discuss, but I’m not doing that every week.” Kate tried to persuade Tim, but he would not bend.

On the morning of the first meeting, Kate arrived early, followed by Ben and Penny. Kate knew Tim would not be coming and Lynette would be late, but she did expect Britney — the newest member of the team and someone who’d voiced no objections — to be there. They waited five minutes, then 10 … with no sign of Britney.

Fifteen minutes after the planned start time Ben, Kate and Penny awkwardly began talking about the first item on the agenda: the team’s recent communication problems.

Ten minutes before opening time, Tim breezed in, smiled at the three of them and started his usual morning routine of making coffee. A flustered Lynette soon followed, apologizing that the traffic was terrible this morning. Finally, Britney arrived, laughing as she reminded everyone of how ditzy she could be and that she hadn’t realized that the meeting was this morning.

Ben noticed Penny roll her eyes. He half-whispered to her, “Thanks for coming in early this morning. We’ll get this right next time.”

But Penny was in no mood for his light appreciation. “What? Come in for the two of you to tell me everything that the team is doing wrong, when no one else can be bothered to turn up?” she snapped. “Don’t expect me to be here for the next one! And I’d like my hour back, please!” She got up and stormed out to straighten the frame boards.

Ben and Kate looked at each other in dismay. What a disaster!

The BIG Questions
1. What should Kate and Ben do now?
2. Why are team meetings so important?
3. How could they have avoided this situation and successfully launched their meetings with the backing of the whole team?
Related Topics:
click to Comment(Comment)
Up Next

Real Deal: The Case of the Sky’s-the-Limit Salesman

Real Deal: The Case of the Discounter’s Dilemma