She’s learning to live with the damage.

A new report shows in detail the damage that improper viewing of a solar eclipse can cause.

A case report in the journal JAMA Ophthalmology describes the case of a woman in her 20s who looked at the Aug. 21 solar eclipse. Media reports identified her as Nia Payne.

Doctors at the New York Eye and Ear Infirmary of Mount Sinai in New York used “adaptive optics” to “view the damage on a cellular level and see the microscopic structures in her eyes,” CNN reported.

Eyecare professionals had advised using solar eclipse glasses approved by the International Organization for Standardization. But the woman, identified in media reports as Nia Payne, borrowed a pair of glasses from someone else, according to CNN. The glasses apparently did not meet the standards.

Payne soon began having vision problems and “reported seeing a central black spot in the left eye,” the case report stated. It turned out she’d suffered solar retinopathy, for which there currently is no treatment.

With adaptive optics, doctors were able to image the photoreceptor layer of Payne’s retina. What they saw was a crescent pattern that mimicked the partial solar eclipse.

Adaptive optics is a sophisticated technology that allows clinicians to examine microscopic structures of the eye in living patients with extreme detail in real time. Before the development of the technology, researchers could only see this level of detail on glass slides with a microscope.

“We have never seen the cellular damage from an eclipse because this event rarely happens and we haven’t had this type of advanced technology to examine solar retinopathy until recently,” said lead investigator Dr. Avnish Deobhakta, assistant professor of ophthalmology at the Icahn School of Medicine at Mount Sinai, in a press release. “NYEE is one of the few sites in North America with access to this technology, and using this to get an exact look at  this retinal damage on such a precise level will help clinicians better understand the condition.”

Payne still sees the dark spot in her eye and is learning to work around it.

She told Today: “My eyes will never be the same. I used to have 20/20 vision. I guess I took that for granted.”

Report: Luxottica-Essilor Deal to Get ‘Unconditional’ Approval in Europe

SAN FRANCISCO — About 5 percent of Health Savings Account money went toward vision and eyewear in 2019, according to a new report.

The HSA Spend Report from HSA platform provider Lively provides a view into how and where consumers spend on healthcare costs each year. 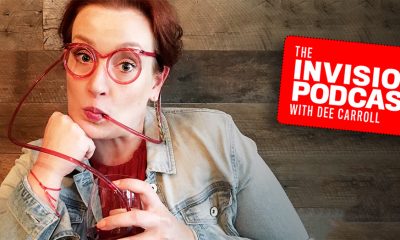 The findings show that overall, 96 percent of annual contributions were spent on expected expenses and routine visits, “indicating that the rising cost of healthcare is preventing people from achieving the long-term benefits of using an HSA to save for unexpected health events and the high cost of healthcare in retirement.”

“Rising healthcare costs will have serious implications on the wellbeing of individuals and families,” said Shobin Uralil, COO and Co-Founder of Lively. “As much as people are increasingly putting HSA money aside, our 2019 report alerts us to one dangerous outcome: rather than saving funds to create a safety net for healthcare costs into retirement, Americans have to use almost the entirety of their HSAs to cover basic health needs every year.”

Where did the money go?

Other key findings and trends:

Healthcare spending increased across all categories.

“High deductible healthcare plans are the new norm, and that’s not going to change anytime soon,” said Uralil. “Combine that with rising healthcare costs in almost every consumer spend category, HSAs are now vital to affording everyday necessities in this country. As such, we must ensure that Americans with HDHPs take advantage of HSAs to put more savings in their pockets.”

But the bill has drawn opposition from some ophthalmologists.

Proposed legislation in Idaho would give optometrists the right to perform laser eye surgery.

In order to perform laser procedures, optometrists would have to pass an examination by the National Board of Examiners in Optometry, East Idaho News reports. They they would be required to do at least five of the procedures under supervision of an ophthalmologist.

The proposal is a House bill supported by The Idaho Bureau of Occupational Licensing. It’s currently being discussed in the House Health & Welfare Committee.

“We want to make sure that our laws and rules are as up to date as possible,” said Julie Eavenson of the Idaho Bureau of Occupational Licensing, according to East Idaho News.

“And the reason that we’re looking at them is because the governor has said — and the Legislature — ‘You need to have minimum qualifications. You need to protect the public, but you need to remove barriers.'”

The bill has drawn opposition from some ophthalmologists.

The legislation “poses an incredible risk to Idahoans and ignores the importance of medical education and training to perform surgery,” Dr. James Earl of Retina Specialists of Idaho said in a press release issued by from Eye M.D.s of Idaho.

The issue has been hotly debated in other states.

In March, the governor of Arkansas signed into law a measure allowing optometrists to perform certain surgical procedures. The operations included selective laser trabeculoplasty and Nd:YAG laser procedures, along with injections (excluding intravenous and intraocular), removal of lid lesions and chalazion incision and curettage.

At the time, the American Optometric Association stated that Arkansas was the fourth state to permit laser procedures and that Alaska was developing regulations for their use.