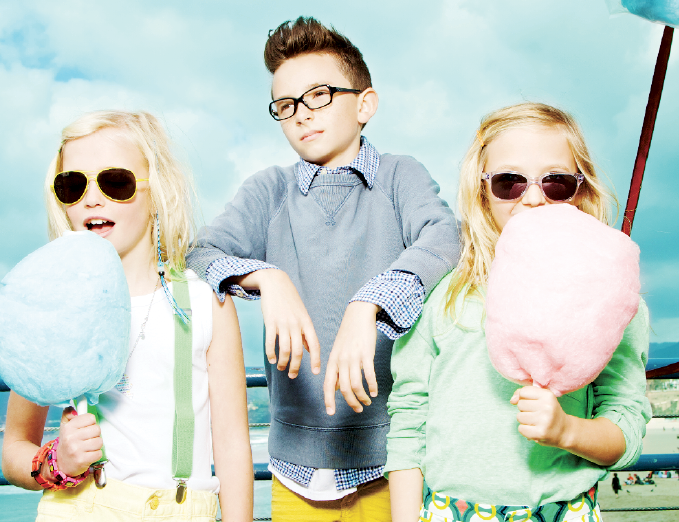 “When selling eyewear to kids there are three factors that the eye care provider (ECP) must consider: what the patients’ parents are looking for, what the parent does not know they should be looking for, and what you as their ECP needs to do to make sure that shopping for eyewear is a positive experience,” says Kerry Gelb, OD, of Contact Lens and Vision in Woodbridge, NJ.

If you’re not paying much attention to the children’s eyewear portion of your practice, it’s a good time to look again.

According to a study on the global eyewear industry by Transparency Market Research released in early 2013, sales of all eyewear (including CLs) are expected to reach $130 billion this year, a significant rise from $81 billion in 2011.

A key reason for this growth: the sales of eyewear to children requiring vision correction at an early age.

Some optometrists may believe that there’s not much they can do to grab a piece of this interesting pie. After all, studies show that when it comes to purchases, 27 percent of people plan to buy their eyewear at a chain store, and 19 percent at a discount store.

But according to ODs like Gelb, for whom children’s eyewear makes up close to 30 percent of his sales, it all starts with three factors: having the products, services and treatment style parents want, being able to communicate clearly to parents about issues they might not understand about their child’s eyesight, and most important, making sure the whole process is positive for both the parents and the child.

Growing a pediatric practice starts with the physical layout. “If they walk in and you have a kids’ area, right away you’re making a statement that kids are welcome,” says Barry Tannen, OD, FCOVD, FAAO, of EyeCare Professionals PC in Hamilton Square, NJ. Tannen has been in practice 25 years and his specialty is pediatrics.

“[You need] kid-friendly furniture and coloring books, but be careful about colors getting on your walls,” he says.

The right presentation is important. “Almost every company has children’s frames, so it’s about having a decent selection showcased and separated,” says Tannen. Gelb adds, “Put the glasses at eye level for kids, and maybe the same ones in a separate place for the parents.”

“The good part about kids’ frames is you can put in a lot of them and it doesn’t cost as much [as adult frames] when you’re stocking up,” says Lynnette Cacciotti, OD, of Dr. C Optometry in Los Angeles, who has owned her practice since 1992. “When you have a wide variety,” she adds, “parents say, ‘You must take care of a lot of kids.’ It’s all perception.”

“Make sure you stock brands that parents recognize that also appeal to the child’s sense of style, like Nike, Juicy, Puma,” says Gelb, who first became interested in children’s vision issues as an intern in 1982. “Parents want their kids to look as fashionable as possible. If you don’t have a good selection, they might go to another doctor’s practice,” Press says.

Don’t forget that even 4-year-olds can affect sales, insisting on “that pretty pink” or a brand name they recognize. “Children’s frame styles have come a long way,” Tannen says. “There are lots of styles that appeal to children, like the Disney collection.”

Press advises stressing the very young market. “Offering inventory geared to infants and toddlers makes your practice stand out,” he says, noting that serving younger customers tends to result in more long-term customers for your practice. “The younger the kids are that you treat, the more likely they and their parents are to stay with you.”

From left to right, four frame picks for infants and todders up to 5 years old: Sprout (for boys) and Buttercup for girls in the Dilli Dalli Collection from ClearVision Optical (MSRP: $135 each); Oval Z5B from Zoobug (MSRP: $67); and Rad Rainbow (Model P) from the Babiators Polarized Collection (MSRP: $35)

DON’T FORGET the
OTHER ‘ADULT’ buyer

It’s critical to understand that there is a time that your “child” buyer starts thinking of himself as an adult — and that time may be earlier than you think.

“I think at age 10 and above they’re going to have very specific demands, just like adults,” says Press, and that means different selling tactics. Part of the difference involves having the right selection. “You’ll need a different kind of frame,” Tannen says. “Disney won’t work on a young adult.”

You’ll also need a different type of customer relations for customers aged 10 or more. Says Tannen: “Treat them [as being] even older than they are. We show that we relate to them as adults, we address them directly.”

“Observe the family dynamics,” Cacciotti advises. “Is the child fairly important? Then you sell to them, but remember the parent still has the final decision.”

“Expect a ‘Google-informed’ parent ready to test your knowledge on their child’s prescription needs,” Gelb says. “Trust that they have already done their homework before stepping into your practice or dispensary and weighed their options about purchasing their eyewear from you, using their home computer.”

“Cost is probably the least of their concerns,” says Press, who says that he has found issues like durability and warranties more important to parents. It could be, he admits, that, “I’m in a middle-class, upper middle-class area,” so his customers have more ability to pay, but Tannen thinks it’s more complex than that.

There are always value-conscious patients who’ll take the Rx somewhere else, but that is more often the case when purchasing for themselves. Price is just not as important when it comes to what’s best for their child. Says Tannen: “Then it’s not, ‘where will I get these glasses cheaply?’ It’s more about, ‘I think my kid has a vision problem. I want to get his glasses here because you know about kids’.” 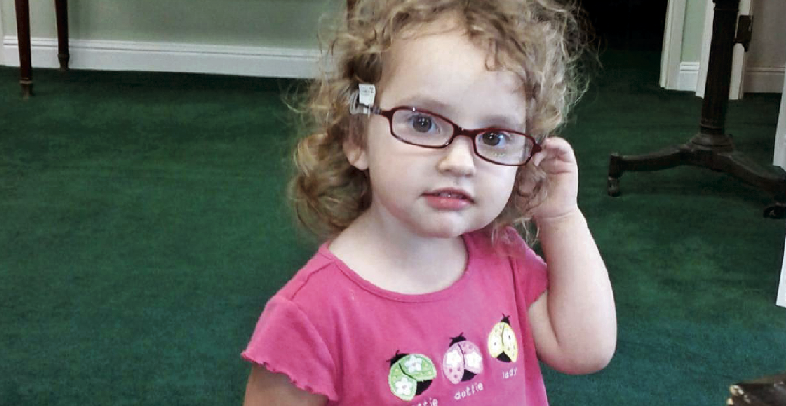 According to VisionQuest 20/20, vision problems affect more than 5 million elementary school children nationwide. Poor vision can even affect interpersonal skills, resulting in children being labeled as “different” or “abnormal.”

So a major key to attracting and keeping a younger clientele is stressing your medical expertise. “In Illinois, there’s a requirement for every kid entering school to have a comprehensive eye exam,” says Press, but not every parent understands what that involves. “One of parents’ misconceptions is that if they take their child to their pediatrician and get the well-check, that’s an eye exam,” Tannen says. “We’re happy pediatricians do that, but they’re just looking at distance visual acuity. It doesn’t show how a school-age kid is using his eyes.”

To draw younger customers, begin networking more with pediatricians. “We started developing [the children’s market] by having lunch with the pediatricians,” Cacciotti says. Then think beyond pediatricians. Press isn’t comfortable working in specialty contact lenses, so he refers those patients to colleagues who are.

“Then you’re looking for those colleagues to refer pediatric patients to you,” he says.

Don’t assume being part of a larger association automatically brings younger patients. Gelb is a generalist who leases space within a LensCrafters, which means it’s the main store that has the play area and the posters, and that LensCrafters chooses the stock. So Gelb emphasizes the medical expertise parents get when they cross to his part of the space. “We sell the exams and medical eyecare. It not only helps us, it helps LensCrafters,” he says. Tannen agrees. “Point out, ‘You don’t get the experience that our people provide,’” he says. 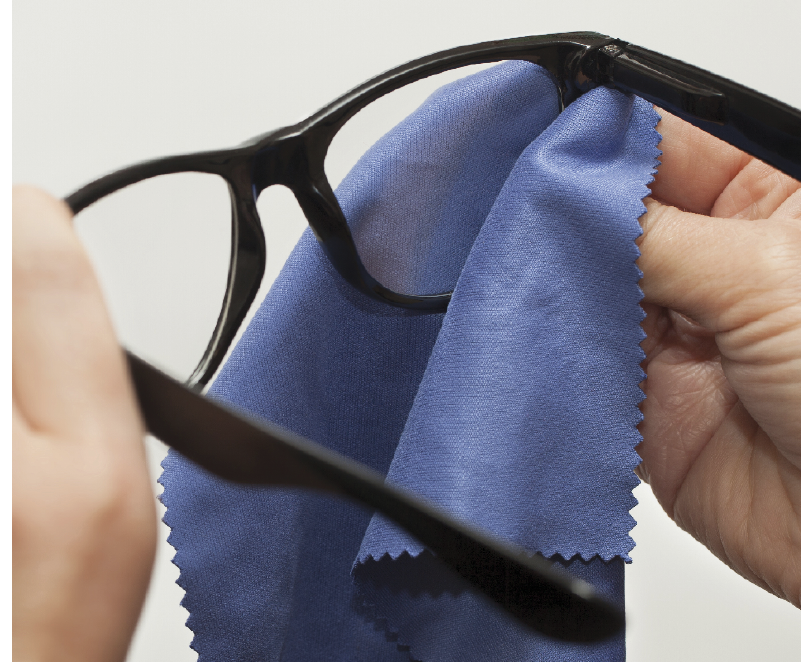 Doing the small things the right way emphasizes your overall professionalism — an important factor in getting parents to trust you with their children’s eyesight. For instance, make sure checkout is fast — five minutes or less. Include a cleaning cloth in every glasses case. Those professional touches add up.

Says Gelb: “Making sure patients have a case with a cloth in it may seem like a silly detail, but it’s part of a positive experience.”

Press knows he can’t compete on prices, but acknowledges the issue needs addressing. “If parents don’t wear glasses they get sticker shock,” he says, “so the first time they buy with us we discount the first pair of glasses. It helps reassure them, ‘We understand your concerns, but we also understand how important [the right eyewear] is for your child.’”

Take every opportunity to support the development of the children you serve. For instance, Cacciotti created a raffle that children could enter only if they had gotten an “A” or an “Excellent” on their report cards. “It shows the parents that we care about what is happening in their kid’s life, we want them to be successful, ” Cacciotti says.

Plus, keep trying to get in front of your customers in positive, socially responsible ways. Gelb encourages his young clients to read more by giving them a branded bookmark.

Create that wider selection, add in a kid-friendly atmosphere, in a true healthcare environment, and you can see some amazing results in your children’s frame sales.

And who knows, maybe you’ll discover the same thing that Tannen did: That the children you serve not only aren’t afraid of being in your store or practice, they’re excited to be there. “The thing that has changed the most from when I started?” Tannen says. “I have more children cry when they don’t need glasses. They’re almost status symbols.”