A Ukrainian company is creating sunglasses sure to give you a boost first thing in the morning.

They’re made of coffee.

Ochis Coffee sunglasses are produced from coffee millcake and flax meal, according to a press release from the Kiev-based firm. 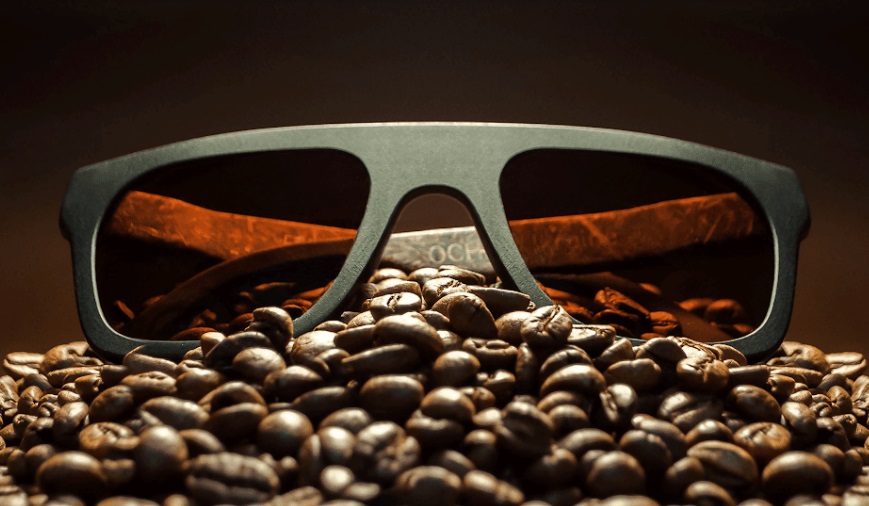 “The main idea of coffee eyewear is an absolute rejection of petroleum plastic,” the company states. “The frames decompose 100 times faster than ordinary plastic glasses.”

Ochis Coffee adds: “The frame completely degrades after 10 years in soil or water, and turns into a natural fertilizer for new plants, should you happen to lose it.”

Pricing starts at $69, according to the release. Four colors of the Carl Zeiss lens are available. Prescription lenses can also be installed.

The glasses smell like coffee for several months after you buy them.

A Kickstarter campaign for the product was set to begin this month with a goal of raising $10,000.

Max Gavrilenko, founder of Ochis Coffee, said: “My father owned an optical store and workshop, where I studied glasses from my very childhood. From this, I saw a lot of glasses and wanted to create a really eco-friendly, comfortable and universal glasses that each person can adjust to themselves. After much iteration, I created a new eco-material that is from coffee and flax from which Ochis coffee is made.”