Brace yourself for an education. The word February, according to our reading, comes from Februare, which means “to purify” in the dialect of the ancient Sabine tribe (one of the founding tribes of the early Roman kingdom.). One theory is that it had to do with how the Romans honored the dead and performed rites of purification in February. And so what’s it got to do with the optical business? Everything. The holiday season is done; the buying season  lies ahead. Out with the old and in with the new. It’s time to purify your dead inventory.

1 Age-related macular degeneration (AMD) is the leading cause of blindness among older Americans, but new treatments have dramatically changed the course of the disease over the last 10 years. During AMD AWARENESS MONTH, help get the word out — with visits to retirement homes, press releases, and via your social media — that people can save their vision thanks to treatment advances and early detection.

3 If you’ve never gotten involved with American Hearth Month, make this the year you do. NATIONAL WEAR RED DAY is perfect for an optical retailer. Partner with a clothing store to stage a Red Dress fashion show, join in a community activity like your local American Heart Association Heart Walk, host a Red Dress party in conjunction with Valentine’s Day, or distribute Red Dress pins. There are dozens more ideas for small businesses here: invmag.us/011705

7 Hey, hey, it’s FAT TUESDAY. Need an excuse for a trunk show? Mardi Gras is it. You may be in Minneapolis, but New Orleans isn’t the only town that can throw a party. Cook up some gumbo, stick on some jazz music and get some beads. Insist your customers take lots of selfies and post them on your social media pages. Sunglasses in February never looked so cool. Laissez les bons temps rouler!

8 LAUGH AND GET RICH DAY recognizes laughter’s contribution to the bottom line. Staff are more effective and remember things better when humor is involved. There are also few better ways to establish rapport with a customer than sharing some (self-deprecating) humor. As Victor Borge put it: “Laughter is the shortest distance between two people.”

12 Red-carpet season reaches its peak this month with the GRAMMY’S today and the ACADEMY AWARDS on Feb. 28. It’s your chance to ride the coattails of Hollywood’s most famous brand ambassadors. As soon as the awards are done, hit your favorite fashion websites to find out who wore what. Share photos on your socials of your favorites wearing pieces from designers you carry, include your findings in your next e-mail bulletin.

14 VALENTINE’S DAY is your chance to show some heart with good works in your community. One of our Brain Squad members does this by conducting “nearly free” vision checks. All money collected (a $1 donation per exam is suggested) goes to the Red Cross. What could you do?

Feb. 1 Late Night With David Letterman premiered 35 years ago. Ask staff to come up with their “Top 10 List” of practice improvements.

Feb. 7 International Networking Week … A study by Chicago University’s Booth School of Business found being in an open network is the No. 1 factor behind business success. 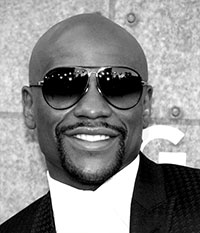 Feb 24, 1977 Undefeated as a professional boxer, winner of five division championships, and pretty hard to top as a sunglass collector. “Money” has used Instagram to show off his collection, which includes scores of models including Dita, Gucci and Louis Vuitton.

This article originally appeared in the January 2017 edition of INVISION.

Advertisement
Related Topics:CalendarINVISION January '17
click to Comment(Comment)
Up Next

Sleeping Right in the New Year, and More Dec-Jan Events