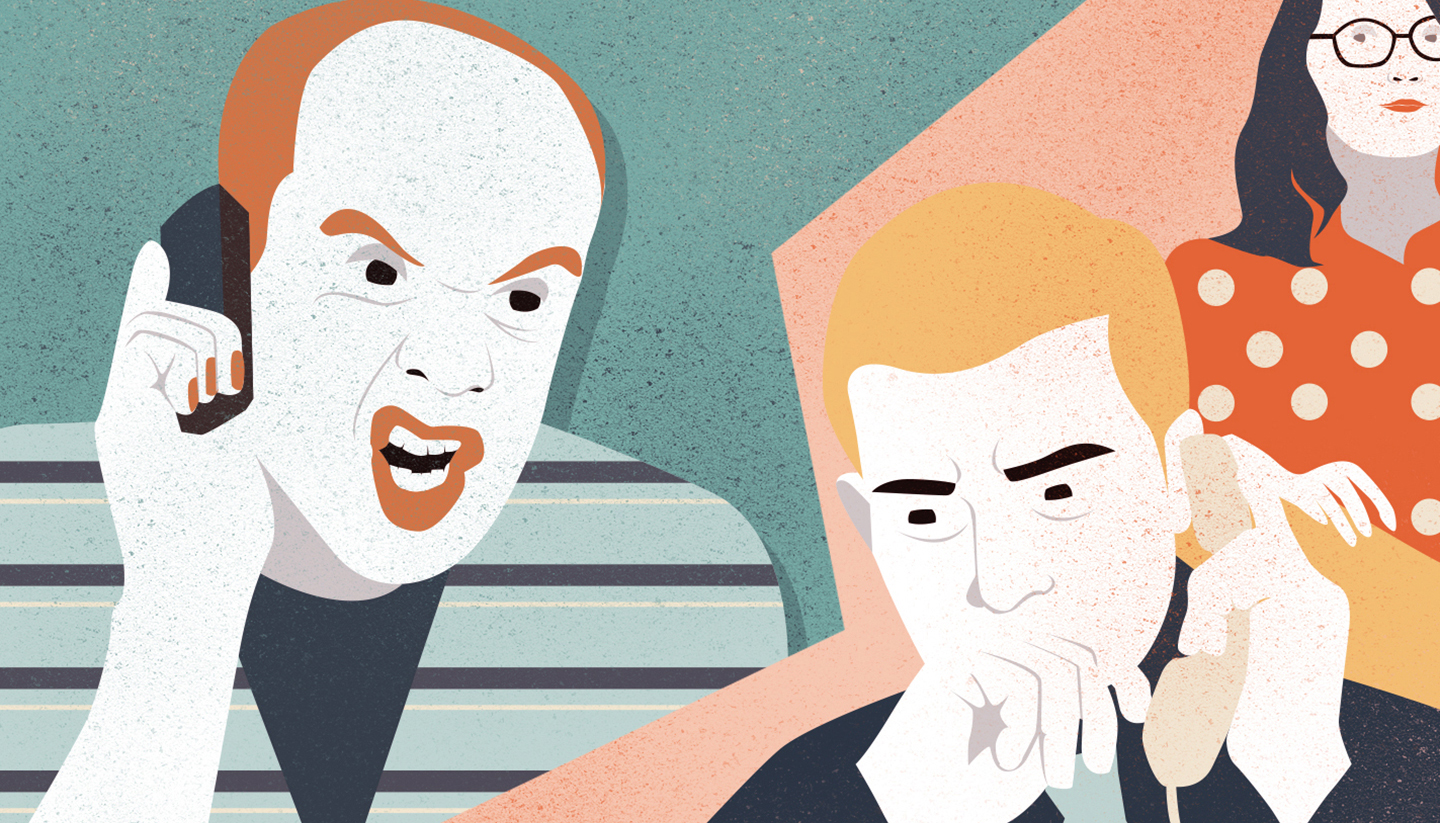 PEARL CITY OPTICS WAS a new player serving the Honolulu area. The office had three lanes for their single provider, and a showroom full of moderately priced frames.

One morning optician Kalea recognized a walk-in as an established patient. “If I recall, Mr. Kimura, you had planned to fill your script at one of the ‘big box’ stores, right?” asked Kalea. “Did you end up having an issue?”

NATALIE TAYLOR is an experienced optometry practice manager for Advanced Care Vision Network and a consultant with Taylor Vision. Learn more at tayloreye.com.

“I never got around to it, actually. I’ve come back to pick something out, this old pair just isn’t meeting my needs,” he said and gently touched the frames resting askew on his nose.

“Great, I’d be happy to help,” she said, turning to the computer on the dispensing desk. “The prescription was made eight months ago, so it’s still valid. Let me pull a few frames I think will work.”

Kalea put together a package for Mr. Kimura which included progressive lenses with premium anti-reflective and photochromic technology. A few weeks later, Kalea dispensed the eyewear. But when Kalea placed them on Mr. Kimura’s face, he frowned.

“These aren’t as good as my other pair,” he said flatly. Kalea set to troubleshooting, from marking and re-neutralizing to comparing all aspects of both pairs of glasses. The new progressives were an updated design, but if anything she expected Mr. Kimura to be happy with the change. “I need to leave for today. This is taking much longer than I expected,” he said. “Keep the glasses and call me when you know.”

Later, Kalea brought her boss Dr. Ng up to speed. “He likely needs a new refraction,” said Dr. Ng. “They can change in eight months.”

“A refraction,” Dr. Ng corrected. “We need to charge him; the glasses were made correctly. It’s not our fault he waited so long to order them.”

She nodded and called Mr. Kimura. “I’m glad we were able to find the issue!” said Kalea. “The glasses are accurate to what we measured at your initial exam. Your vision has likely changed since – hence the difference.”

“You checked that my prescription was current; what’s the point of it expiring if it doesn’t work?” asked Mr. Kimura. “I don’t want that pair if they aren’t correct.”

“They are correct to your initial measurements. We can remake them based on a new refraction, which is $60. Do you have time later this week?” she said.

Mr. Kimura scoffed. “I’m not paying for two exams in one year! If you don’t fix them free I want a refund and I’ll take my business elsewhere,” he said.

If a patient comes in to buy glasses and the Rx is more than three or four months old, we will take the order then tell the patient we will do a quick refraction at no cost to confirm there hasn’t been any change. Works like a charm!

I would apologize, offer to do the refraction free and remake the glasses. But I’d tell the patient a script can change within a year and this is a one-time courtesy. But make sure the patient understands about eye health; there could be other things going on that led to the script change.

I would have informed the patient that the prescription could be different now. Scripts can change sooner than yearly. (There could be medical reasons.) I would offer to check with insurance for coverage of refraction, before making a new pair. Neutralize the old pair and see if the Rx is the same. This would indicate the patient won’t experience anything better with new glasses; the older Rx could be similar if not the same.

We would double-check an 8-month-old Rx to prevent situations like this. Our doctor double-checks an outside Rx when their new Rx is different than their old eyewear that we’ve neutralized. This has saved us headaches. If the patient refuses the free recheck, we have them initial a statement that we are not responsible if the new Rx does not meet their needs.

Since Mr. Kimura is an established patient, give him a free recheck and remake. The goal is to serve the patient. He is not going to benefit without a recheck. But he should share some of the responsibility, as he waited eight months to fill his script. When you fill a valid script at this age, you could caution the patient that the Rx may have changed.

I suggest retesting for free. It often turns out a medical issue is driving the change. If that’s the case, explain this new information to the patient and negotiate a fair fee for the diagnosis and management, and if appropriate, refund the glasses. If it is a minor refractive issue, it’s better to “no charge” and remake the lenses, to keep the patient’s good will. In the future, inform patients who wait more than two months to fill a script that the eyes may have shifted focus, and it’s best to confirm the refraction (for a fee). If they choose to “chance it” they must sign a statement documenting this refusal.

We’ve all seen this before. He will want a free recheck and remake. Say you’re sorry the glasses aren’t working as well as expected and give him a refund. You can put the frame back into stock and possibly get credit back from the lab for the lenses, and cut your losses. You’ll be ahead because more likely than not he will also have a problem with the new Rx. Let him be a problem for someone else.

Hell no, don’t charge him. It’s inside a year. This is just an unfortunate happenstance. Quiz the patient. Any doubts on the Rx, take him back for a confirmation. Patients love thoroughness. Don’t refund. Grit your teeth. Happily remake them, but at the start, not after he has had to stand his ground.

I would not charge the patient for the recheck. It’s better to save this and future sales from this patient and anyone he tells about his experience. Trial frame the Rx since it’s been that amount of time. No refunds. Eyeglasses are a custom made optical appliance.

We would do the refraction for free based on length of relationship, ease of working with patient, etc. We wouldn’t sell glasses on an eight-month-old Rx without mentioning the likelihood of change. Sometimes when we upgrade patients into new technology they don’t respond as anticipated. Base curve differences are one of the more common reasons. Some can’t tolerate dual surfacing. It’s premature to say the problem is based on vision changes when there’s a significant material change.

This is about customer retention. Whether the prescription was wrong initially (probable) or his refraction changed significantly in a few months (unlikely), this should be handled on a no-fault basis. If retaining this repeat customer is important to them, they should adopt the customer’s problem and perform a new refraction free. By shifting the blame to the customer you’ve lost his business, whether or not you refund, as well as any referrals from him.

If you’re the owner or top manager of a U.S. eyecare business serving the public, you’re invited to join the INVISION Brain Squad. By taking one five-minute quiz a month, you can get a free t-shirt, be featured prominently in this magazine, and make your voice heard on key issues affecting eyecare professionals. Good deal, right? Sign up here.

She Thought Re-Selling Well-Priced Ophthalmic Frames Found in a Local Department Store Was a Good Idea. Was She Wrong?

Is There Any Action This Optometrist Can Take When a Charity Award Recipient Might Not Deserve It?