I had a bad Yelp review that said that I was “offal” — an obvious typo. But it brought in a few foodie patients who thought the one-star review was hilarious. Yeah. Love this job! Tanya Gill, OD, Oakland Vision Center Optometry, Oakland, CA

I had a gentleman come in one time saying all he needed was new nose pads. His frame was absolutely filthy, so I thought I would put it in the ultrasonic cleaner and get them spiffed up for him. Then I replaced the nose pads. At the time, we charged $5 for new nose pads, so I told him how much it was and he paid me and thanked me for replacing them. He walked outside to his car, sat there a minute, then stormed back into the office and yelled at me. He said the glasses were not his and I had switched them. He wanted his pads back and a refund. I tried to tell him they were his glasses but he didn’t believe me. I put his old nose pads back on, refunded his money and he left. He continued to yell the whole time he was walking out the door at other patients about how they had to watch me because I had switched his glasses. He said it would be a cold day in hell before he would come in again. Martha Davenport, Longe Optical, Kendallville, IN

This article originally appeared in the March 2017 edition of INVISION.

The Man With the Funny Blue Eyes

A tale of one customer who thought complaints alone would solve his problem.

A customer called with a complaint about his glasses. Our optician asked him several times to bring the glasses in so we could look at them, while the customer continued to complain. The optician finally said, “Sir, please hold them up to the phone so I can take a good look at them.” (This was before FaceTime.) The customer replied, “You can’t see them over the phone.” To which the optician replied, “You are correct, sir. Please bring them in.” — Bob McBeath, Edina Eye, Edina, MN

This Mechanic’s Eyewear Was a Mess … But He Followed Directions!

A tale as old as time that gives new meaning to being in ‘hot’ water.

WE HAD A MECHANIC who returned a pair of glasses that were scratched all to hell. He said, “I followed your directions and used soap and water to clean them.” I asked what kind of soap he used, to which he replied, “Lava, that’s all I use.” When I stopped laughing I offered him a new pair of lenses and I have told this story for the last 30 years. — Alexander Saper, Great Glasses, Houston, TX

What she thought was a scab had legs. 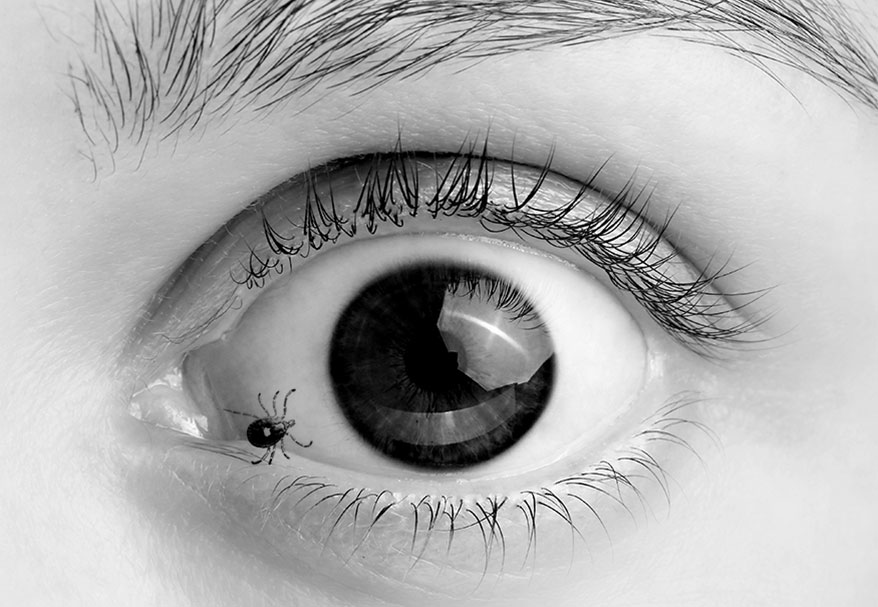 I had a patient call with “something irritating her left eye for the past day.” We brought her in right away. I initially thought it was a chalazion that she had been picking at until I looked under the slit lamp. What I thought was a scab actually had legs. It was a tick embedded in her lid margin! — Kimberly Riggs, OD, Ligonier, PA