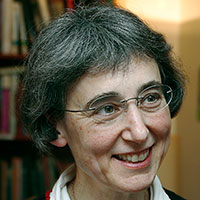 (PRESS RELEASE) Binovi Technologies Corp. announces the appointment of Dr. Susan Barry to the Binovi Scientific Advisory Board. Dr. Barry joins the other members of the board in directing the company’s advancements.

“Dr. Barry’s experiences as a patient of vision therapy have informed her extensive career and we hope to gain from her perspective on both sides of the vision care coin. Her work in the neurological examination of vision will prove incredibly valuable in our pursuit of further testing and treatment options for students and patients young and old,” says Adam Cegielski, president and CEO.

“It is a distinct privilege to have Dr. Barry join our Scientific Advisory Board. Her unique blend of insights and communication skills that crosses many lines between educators, eyecare professionals, researchers and the public is a tremendous asset to Binovi,” comments Dr. Leonard Press, chief scientific officer.

Dr. Susan R Barry, Ph.D. says, “Children struggling in school, adults recovering from a stroke, and athletes seeking to improve their game may all benefit from vision therapy. Its effects are often life-changing. I am looking forward to working with the Binovi team to develop new training techniques, explore the science behind vision therapy, and make vision therapy more accessible worldwide.”

Susan R. Barry, Ph.D. is an educator, scientist, and author who has spoken worldwide on the topics of neuroplasticity and binocular vision. She earned her B.A. in biology from Wesleyan University in 1976 and Ph.D. in biology from Princeton University in 1981. She has worked as a research neuroscientist at the University of Miami Medical School, the University of Michigan, the Marine Biological Laboratory, and NASA’s Johnson Space Center and published papers on synaptic transmission and eye-head-hand coordination. In 1992, she joined the faculty of Mount Holyoke College where she rose to the rank of full professor, retiring from the college in 2016. The Princeton Review lists Barry among the 300 outstanding college teachers in the U.S., her paper on the work of Frederick W. Brock was selected as the best published paper in the Journal of Behavioral Optometry in 2011, and in 2013 she received the Meribeth E. Cameron Faculty Award for Scholarship from Mount Holyoke College.

For years, Barry taught her neurobiology students the conventional scientific wisdom that stereovision could develop only during a critical period in early childhood. She even used her own vision history to support this dogma since she had been cross-eyed since early infancy and was stereoblind. However, at age forty-eight, she consulted a developmental optometrist who prescribed a program of optometric vision therapy. To her utter astonishment, her vision improved dramatically, and she experienced her first 3D views. Dubbed “Stereo Sue” by Oliver Sacks in a 2006 New Yorker article by that name, Dr. Barry has gone on to write her own book Fixing My Gaze: A Scientist’s Journey into Seeing in Three Dimensions (Basic Books, 2009) which was rated the fourth best science book for 2009 by the editors of Amazon.com, selected as one of the best sci-tech books of 2009 by the Library Journal, and has been translated into seven languages. Barry’s second book, Coming to Our Senses: A Boy Who Learned to See, A Girl Who Learned to Hear, and How We All Discover the World, will be published by Basic Books in the summer of 2021.

Only Varilux® lenses are backed by the patented LiveOptics™ R&D process which tests our lenses on real wearers in real-life conditions to ensure sharper, seamless vision. With Varilux lenses, your patients may even forget they’re wearing glasses. But they’ll never forget it was you who recommended them.

Are You Effectively Connecting with Patients Before, During and After Their Office Visit?