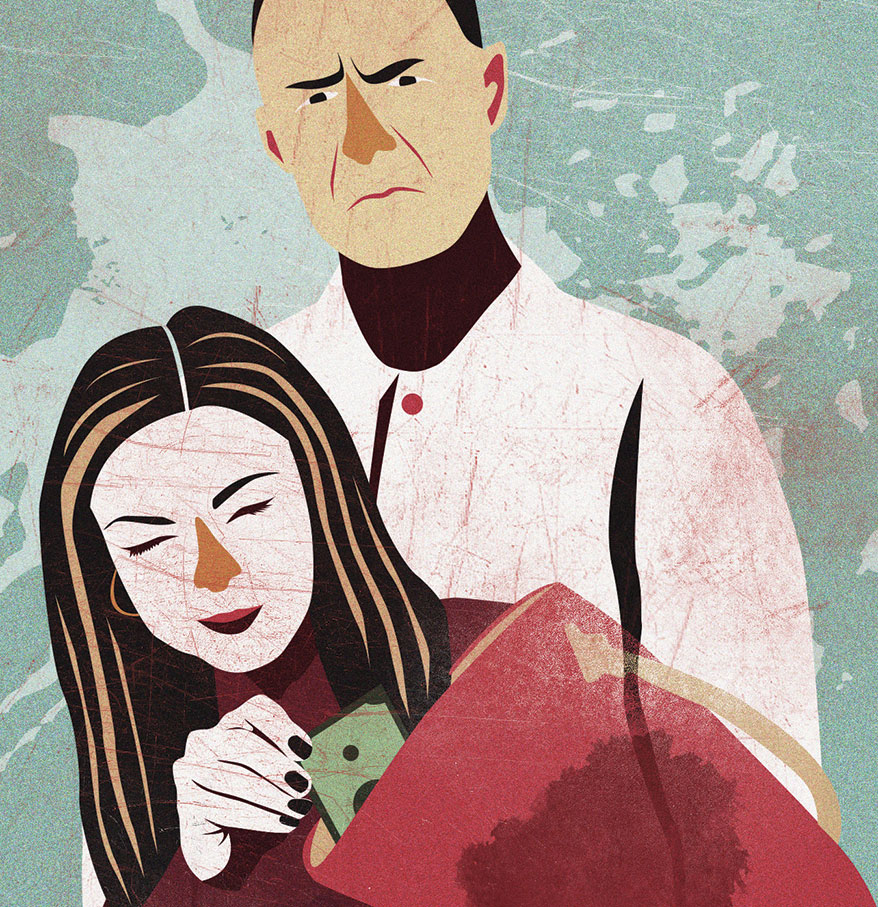 Hartford Fashion Optics in Connecticut was growing. The office had just hired a new doctor and another optician and technician. Jacob had managed the business for five years and enjoyed working with his energetic team.

The new optician, Patrick, had recently moved from out of state. He was a reserved, serious man with the most advanced skill set of anyone in the office. After his first week, Patrick stopped Jacob in the hall. “I can’t find two frames that were sold earlier today. They were in trays at the optical bench,” Patrick said.

Jacob was surprised — he had never heard of a frame missing from a tray, let alone two. “You’re sure they weren’t sent to a lab, or the order cancelled?” Jacob hoped it was a simple answer, possibly related to Patrick’s unfamiliarity with the office.

NATALIE TAYLOR is an experienced optometry practice manager for Advanced Care Vision Network and a consultant with Taylor Vision. Learn more at tayloreye.com.

He shook his head. “I can order them again so the patients won’t know, but I’ll let the staff know what they look like in case they turn up,” Patrick said, walking away. Jacob chalked it up to a little disorganization and forgot about it.

The following week, the front desk supervisor alerted Jacob that $50 was unaccounted for. The news put everyone on edge.

Then, Ivy, the technician, asked Jacob if she could speak to him in his office. She was a sweet, soft-spoken 20-year-old who had joined the practice two years ago.

“The new optician, Patrick,” she said, taking a steadying breath, “he thinks I stole those frames!”

“Whoa! Tell me, what happened?” he said.

“I was pulling money from Amber’s purse. I had gotten her coffee and she told me to go take $2. Patrick saw me and got suspicious, then asked me if I knew where the missing frames were. I told him I didn’t, but he came so close he could look down into Amber’s purse, then waited for me to pull mine out to see inside!” she said. “Later, Amber told me that he asked her if she trusted me. Who is this guy?” Ivy asked incredulously.

Jacob was flabbergasted. “I’m so sorry, Ivy,” he said. “Don’t worry, I’ll talk to him.” Reassured, she left. Before he could call Patrick, Amber appeared in the doorway.

“So she talked to you,” Amber said. Jacob nodded. “There’s something else you should know,” and she sat down. “Patrick made me suspicious, so I looked at the contact lens orders. We order toric diagnostics in Ivy’s prescription an awful lot,” she said quietly. “Just wanted you to know.”

Jacob frowned, thanked Amber and asked her to print a report. When they wrapped up it was past closing time and the office was silent. Jacob visited the optical lab to spot-check a few jobs. His foot caught a stray pen kicking it under the workbench, but when he reached for it he pulled out … one of the missing frames.

The next morning, Jacob met with Patrick, the now-found frame strategically placed in the center of his desk. Patrick was genuinely surprised to see it.

“This was on the floor in the lab,” Jacob said. “I would like to think the other frame is also just misplaced. It would be appropriate for you to make amends with Ivy. She feels you accused her of stealing.”

Patrick chuckled. “I don’t think so,” then grew serious. “It sounds like she’s been stealing contacts, and I heard $50 also went missing. My daughter is like her, sweet as pie but manipulative. Have you considered installing security cameras?”

Jacob was stunned. He felt like he was in a house of mirrors, with no clear path out.

1. What message can Jacob send to staff so the thief or thieves feel pressure to stop?

2. Assuming Ivy is only guilty of ordering personal diagnostic contacts, is this sufficient grounds for termination?

3. To what extent is age and gender discrimination playing a role in this office?

Sounds like Patrick is perhaps insecure as the new person on staff and is trying to eliminate or diminish the role and stature of those who he thinks are more well-liked. If that is the case, like a termite, he will eat through the foundation you built to make the practice the success that it is, and possibly cause a collapse.

There was never a problem in the office until Patrick was hired. I believe the doctor should have a meeting with the whole staff and spell out exactly what their duties are, and everyone needs to pay better attention to what those duties are. As for the diagnostic lenses for Ivy, I have had sales reps from contact lens companies tell me to order like that for anyone in the office. What is the doctor’s policy on ordering lenses for staff personal use? Maybe that should be discussed.

Ivy should not be using diagnostic lenses for personal use, period! A one-time approval for specific situations maybe, but not a routine thing like it had become. After consulting with Ivy on the severity of this situation any future unapproved ordering will result in termination.

Jacob can relay to the office, maybe at a meeting, the missing frames and money. This will make the entire staff aware (including the thief or thieves) that the issue is being carefully monitored. If you ask me, Patrick is the one who needs a good sit-down and talking to. He way overstepped his boundaries and the statement he made about his daughter and relation to Ivy was grounds for harassment. I’ve seen it happen. Companies take any kind of harassment seriously. Seems like all the problems started when Patrick started.

I am a firm believer in transparency and setting expectations. Jacob should start by calling a team meeting and going over the situation. Current security procedures should be examined and upgraded to tighten security and accountability. Ordering diagnostic lenses should be discussed and limits set. He will need to follow up to be sure things have changed. Ivy should not be fired. She should be warned not to repeat this behavior. I am concerned that Patrick completely overstepped his position by asking pointed questions of fellow team members. If it is indeed age or gender discrimination, it needs to be dealt with sternly.

This article originally appeared in the November 2016 edition of INVISION.

When a Client Insists His Spectacles Were Swapped, What Can You Do?

Real Deal: The Case of the Prodigious Perks