NEARLY 90 PERCENT of companies with annual revenues between $100 million and $1 billion either employ Augmented Reality (AR) or Virtual Reality (VR), a recent Deloitte study showed. AR and VR interactions can bring products to life for consumers, and applications like Snapchat and Instagram have familiarized consumers with how AR works. Apple Glass should see the light of day within a couple of years and Google, which famously shelved its Google Glass, recently acquired North, a Canadian startup, that developed Focals smart glasses. In September, Facebook and EssilorLuxottica announced a multiyear collaboration to develop the next generation of smart glasses. Their first product will be Ray-Ban branded and is scheduled to launch in 2021. It’s projected that AR in the retail market will grow globally from $1.54 billion in 2020 to $4.61 billion by 2026. Smart glasses will be everywhere.

Smartglasses Light Drive, a small projection system, puts a transparent display on the lens of a pair of glasses. 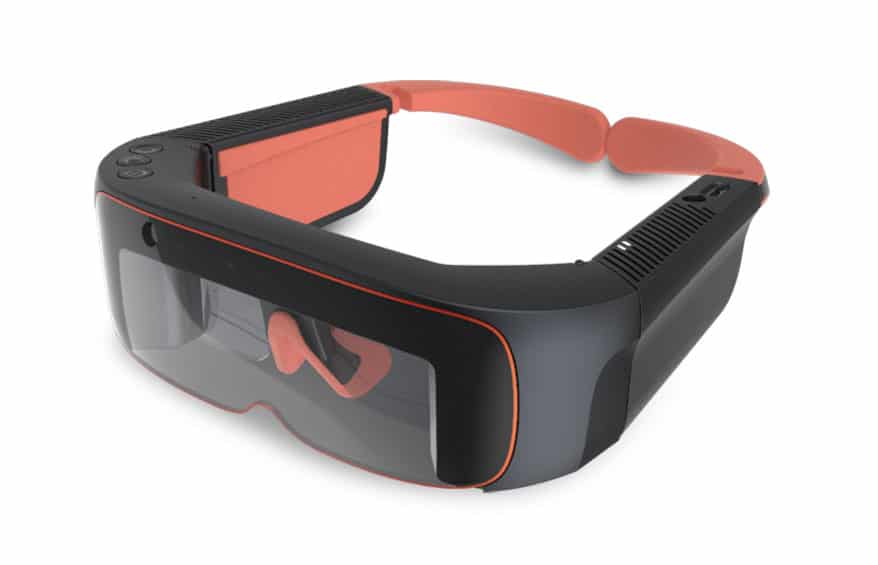 Solos Smart Glasses which have an accompanying AirGo app.

The best analogy I can give for reality smart glasses is that you’re pretty much wearing a smart watch on your face. They use cool tech: touch controls, bluetooth, wireless, and you can charge them with your phone or laptop. I’m a sports vision OD and I’ve seen the U.S. Cycling team use Solos smart glasses where they can see maps, track distance and speed. You can download apps on your phone, pair them with the device. With a price point of $500-$700 these glasses are popular with athletes. Google, Apple and Facebook are getting into the space, so I’m assuming it will blow up. We have to figure out the new slew of technologies. When practices start selling them, smart glasses will come in Rx lenses like single vision, reading and progressives.

As a low vision OD, the solutions I prescribe are based off patients’ goals and needs. If their top concern is watching TV, I can prescribe a head-worn device for magnification which is good for distance and near sight. My favorite is IrisVision which offers magnification and different contrasts. It also has an Optical Character Recognition mode that can take a snapshot of what you’re looking at and read it back to you. The more tech we can connect, the easier it is for patients who use more than one modality. If you’re sitting in a wheelchair, for example, you can access what you want through your smart glasses on-the-go. It’s all about giving them efficiency and independence.

Carol Gilhawley is a contributing writer for INVISION.

Raise Your Standards and More Business Boosters for March

Men Can Keep Their Options Open with These 9 Neutral Styles