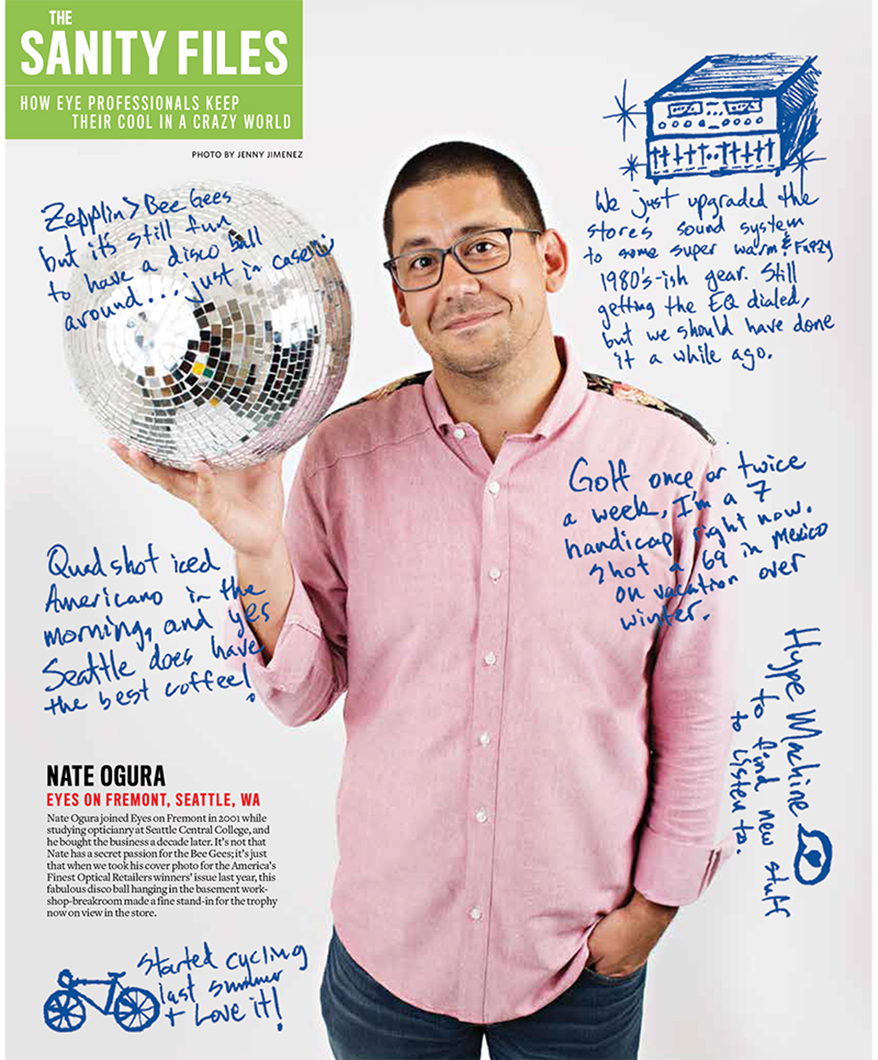 Nate Ogura joined Eyes on Fremont in 2001 while studying opticianry at Seattle Central College, and he bought the business a decade later. It’s not that Nate has a secret passion for the Bee Gees; it’s just that when we took his cover photo for the America’s Finest Optical Retailers winners’ issue last year, this fabulous disco ball hanging in the basement workshop-breakroom made a fine stand-in for the trophy now on view in the store.