The Beating Heart
of the Bronx

This four-location practice enters its fifth decade with a feel for the future of eyewear and a legacy of deep community commitment.

IT HAS BEEN 40 YEARS since Michael Ungaro opened Metro Optics Eyewear in the Bronx, NY. What started as a single-chair practice now encompasses four locations in the borough, served by a lab at the flagship location in Throggs Neck. A messenger ferries orders and lenses between stores in what is now a 49-employee operation enjoying third-generation referrals and other benefits of its deep community ties. It serves its diverse customer base with a pioneering in-house vision plan and has pushed deep into eyewear on the frontiers of fashion and technology.

But what really places Metro Optics among America’s Finest Optical Retailers is its matchless outreach effort. No optical business has a truer claim on “pillar-of-the-community” status.

According to Sara Bonizio, marketing and community relations manager, Metro Optics is “always looking for new ways to educate the public on the importance of eyecare.” These efforts moved up a gear in 2014 when it purchased a mobile autorefraction tool and designed a pop-up screening room. Along with a printed screening result, patients leave with a giveaway “as an incentive to visit one of our four locations: a branded lens cleaning cloth packaged with a savings card toward any out-of-pocket costs. We also bring a laptop and secure Mi-Fi connection so we can sign up patients with no insurance for our Vision Club.”

The Metro Optics Vision Club was created for patients who do not have vision benefits, or whose benefits only cover services every other year. For $99, members get a comprehensive eye exam plus a pair of glasses from the VC selection, along with access to upgrade discounts. The club has added to the business’s patient base “at a time of increasing competition from national and online retailers; it’s one of the things that sets us apart,” Bonizio says.

Opened in 2014, the Throggs Neck flagship has a flourishing, vibrant feel with eye-catching, color-changing displays and full audio visual outfitting, ranging from looped fashion videos and light boxes to educational videos. “The Coco & Breezy videos we entered into our rotation last fall have been a big hit,” says Bonizio.

The community ethos is reflected in the merchandise; there’s not much interest in niche here. The Bronx is a diverse place and Metro Optics’ frame selection casts a wide net. “We aren’t really focused on one or two demographics. We strive to make anyone who comes in feel taken care of like they’re part of the family… We’re grateful to have been trusted with the eyecare of multiple generations of families over the years, often seeing patients’ kids and even grandkids,” Bonizio says. Classics like Ray-Ban and designer labels from Gucci to Prada sit comfortably alongside a U.S.-made indie line like State Optical.

That’s not to say they don’t have their passions: Another key differentiator is wearable tech. Metro Optics has launched innovative items such as empower, AdlensFocuss adjustable focus eyewear and Roger Bacon’s 3D-printed tailor-made glasses. “Having these not only sets us apart,” says Bonizio, “but as our COO John [Bonizio] points out, if people see us as the authority on what’s new, they will also see us as the experts on all things optical. Many have come to expect that there’s always something new and exciting at Metro, and they’re glad it’s happening right here in the Bronx, where they live and work.”

This sort of business wisdom is hard earned, and perhaps the sweetest fruit of Metro Optics’ long-cultivated engagement with its community. 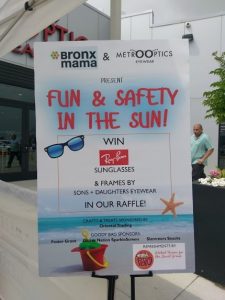 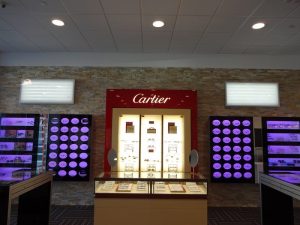 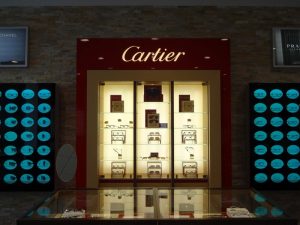 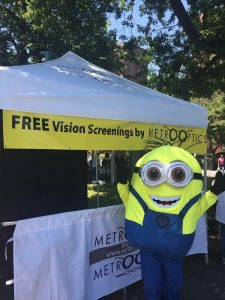 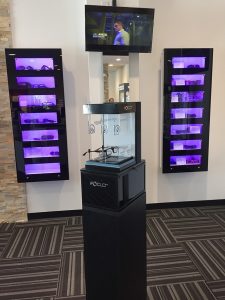 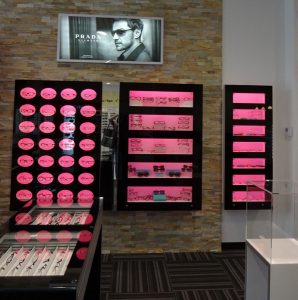 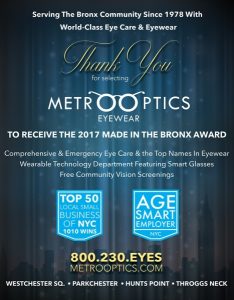 1. THE HOUSE THAT JOHN BUILT.  GM John Bonizio has donated from his collection of NY Yankees memorabilia (including a Mickey Mantle-signed baseball) to raise funds for local nonprofits.
2. BOOGIE DOWN. Among Metro’s patients are entertainers including the late Big Pun, hip-hop pioneers Grandmaster Caz and Grandmaster Melle Mel; and reggaeton artist Tego Calderon.
3. BESPECTACLED ME. When Metro’s mobile refraction unit hits the road, says Sara Bonizio, “We often bring the bespectacled ‘Minions’ character to attract children to the tent for vision screenings and conversations with parents about eye health and the importance of routine eyecare.”
4. FASHION-FORWARD. When several pairs of designer sunglasses from Metro Optics’ locations “walked the runway” at Bronx Fashion Week in 2014, the store documented it using Google Glass.
5. FAMILY AFFAIR.  Michael Ungaro and Dr. Eva Yan (head of optometry) met in the late 1980s when Dr. Yan joined the original Parkchester practice. They eventually married and now run the business with John Bonizio.

Metro Optics believes that two keys to satisfying customers are unique eyewear options and professional guidance. To achieve these, says Sara Bonizio, “our staff and leadership participate in industry seminars and continuing education classes, as well as expos such as the Consumer Electronics Show.” General manager John Bonizio has presented multiple times at Vision Expo and other conventions, and he and Sara have written for optical industry publications. John has also been a guest on the “Power Hour” optometry podcast.

A Fiercely Independent Optical in East Syracuse, NY, Takes No Insurance and Gives No Quarter

Just a few days left! Do you own one of the countr

Upgrade from those pesky masks to the VUE SHIELD,

Opticals don’t get much more laid back than this

What is your greatest (potentially irrational) fea