The Prospect Avenue location of Milwaukee Eye Care, owned by Drs. Jason Edmonds, Nicholas Frame and Mackenzie Sward, is a stately 1880’s mansion overlooking Lake Michigan. It first opened as an eye clinic in early 1947 and has been used for eyecare since then. In 2017, it underwent an extensive remodel to offer a sleek, contemporary and luxurious experience.

Owner Verbelee Nielsen-Swanson has always had a passion for eyewear. She rocked her first pair of blue cat-eye glasses in the fifth grade, a style she still favors today. At Oxford Eyes, she believes everyone should have a personal collection of glasses that reflect their unique style, moods and needs. 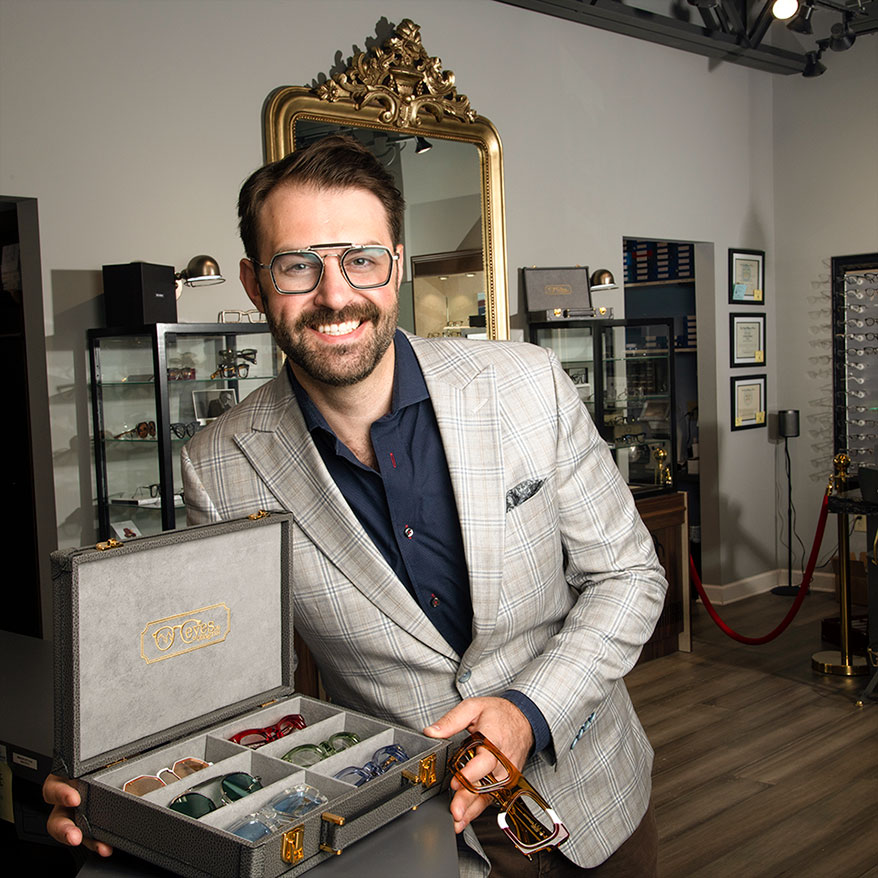 An independent, optician-owned business specifically designed to offer “the best of everything and more.” Kevin Kretch opened Eyes on Chagrin in 2012 and has only continued to improve upon its mission of “luxury at any price.”

A beautiful, modern, growth-minded practice whose staff faced an unexpected challenge with good old can-do gumption and a community that rallied behind owner Brent Fry, OD, in his time of need.

Situated in the heart of Central West End St. Louis and owned by the Erkers, “the oldest optical family in the U.S.,” Eye Roc’s tag line is “The coolest eyewear shop in St. Louis” and it exclusively offers only independent eyewear brands that are edgy, bold and unique.

A 40-year-old practice founded in the “Mayberry-like” small town of Zionsville, IN, that now, under sole owner, Nicholas J. Garn, OD, boasts seven optometrists, an army of staff with more than 200 years of combined experience, and a $1.25 million new location buildout.

The new optical gallery of the 12,000 sq. ft. Central Texas Eye Center, Oculus Eyewear, owned by Joshua Hu, MD, and Jonathan Welch, MD, displays their independent frame lines like the works of art that they are under the management of Leah Johnson, ABOC.

In 2012, Ryan Polehonka and TJ Chanthasene opened the first Huxley Optical with a mission to provide the Minneapolis-St. Paul area with cool glasses at an affordable price. Huxley’s motto remains through its expansion to three Twin-Cities locations: “Wear cool glasses and don’t be greedy.”

A fresh out of school optometrist — Nathaneal Harrell, OD — who hitched his wagon to an underserved rural area in northern Idaho and nearly renovated his entire practice himself, finds success by “sending the doctors to where the patients are.”

Eyezen® enhanced single vision lenses help your patients keep up with their connected world. The proprietary technology within Eyezen lenses helps defend against digital eye strain* while also reducing your patient’s exposure to Harmful Blue Light by at least 20%**. Update your practice today by switching to Eyezen lenses. Visit essilorpro.com/eyezen to learn more.

Wisconsin Man Charged with Practicing Optometry with No License